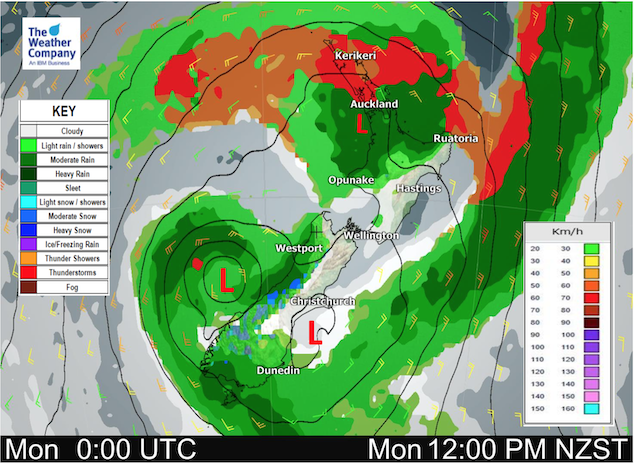 A large complex low moves over New Zealand today bringing unsettled weather to those in the north and west, in the evening cold southerlies develop about the far south.