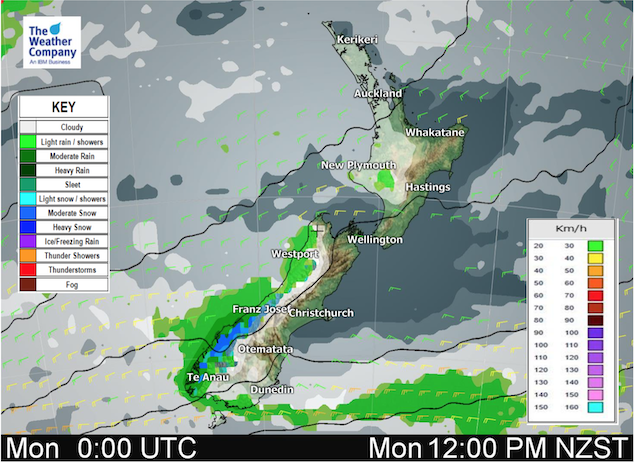 A west to southwesterly airflow lies over New Zealand today, moving around a large high lying over the south of Australia and the Tasman Sea.

Expect west to southwesterly winds for the western North Island bringing areas of cloud and the odd shower at times, expect mostly sunny conditions for the Bay Of Plenty and down along the east coast (Gisborne to Wairarapa).

Mostly cloudy for the West Coast and Southland bringing showers, parts of south Otago see some cloud but further north conditions are sunnier. Canterbury through to Nelson in the east has mainly sunny weather.

Temperatures – Check out today’s high’s in the below map.