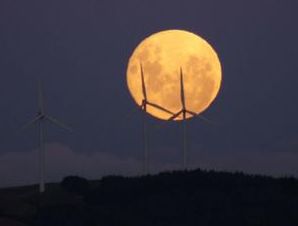 Contact Energy, New Zealand’s biggest listed energy company, has been granted resource consent to build up to 168 wind turbines near the coast between Port Waikato and Raglan.

The Secretary for the Environment Dr Paul Reynolds said the turbines at the Hauauru ma raki farm could not be higher than 150 metres, with a maximum of three blades of up to 50 metres long each.

The announcement marks an end to the consents process, but it unlikely to see development start in a hurry, with Contact’s former managing director David Baldwin indicating in February that construction could be some years away while the company develops more cost-efficient geothermal options.

The consultation process encompassed affected councils, 83 submitters and the Minister for the Environment.

If parties wish to lodge an appeal on a question of law, they have 15 working days from the date they were notified of the final report.

Businessman Ross Townshend, a former chief executive of meat company Affco and dairy industry executive opposed the wind farm. He argued that wind farms were an expensive form of energy generation which were getting green lights because of green politics.

Mr Townshend owns two properties at the southern end of the area to be covered by wind turbines.

He said no to turbines on his farm and he did not want a view of 17 of them on a hillside nearby.

The conditions of the Contact Energy project include limits on noise during both the construction and operation of the wind farm.

An application for earthworks consents for transmission infrastructure was also granted subject to conditions.

The Hauauru ma raki wind farm consent sees Contact steal a march on Meridian Energy, which is still fighting to overturn a decision against its proposed 630 MW Project Hayes wind farm in the Maniatoto region of Otago.