Map – Tracks of all tropical storms ever recorded 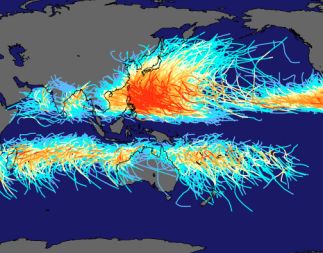 Ever wondered where cyclones most often track around New Zealand?  How about Australia?  What about tropical storms around the globe?

WeatherWatch.co.nz reader Maurie Earnshaw sent us this fantastic link from NASA which clearly shows where the majority of the world’s tropical storms form and what the South West Pacific looks like too.

The incredible thing about this graphic is how it shows just how volatile the western Pacific is.  Tropical storms in this part of the world are called Typhoons, and it’s most likely that because these storms affect non-English speaking countries our media doesn’t focus on them so much.

The most powerful storm ever, Typhoon Tip, which formed in 1979, was recorded in the western Pacific Ocean.  This typhoon remains the largest and most intense storm ever recorded. 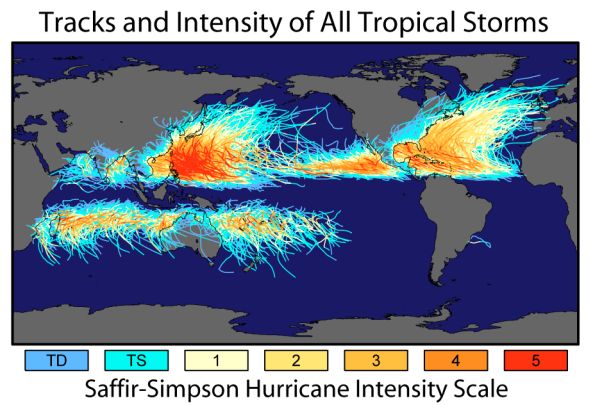 Awesome map, like the link through to the explanation of the pattern and the freak hurricane off the shores of Brazil.