Home > News > Man hit by lightning, then mauled by bea...

Man hit by lightning, then mauled by bear 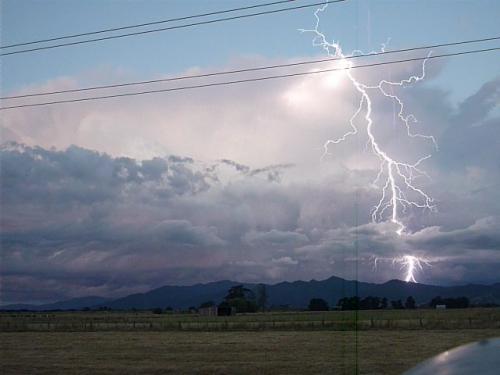 NORTH CAROLINA – Some guys have all the luck.

Then there’s Rick Oliver, who might be one of the unluckiest men in the world.

A bear mauled Oliver in his front yard a few weeks ago. “It was like getting struck by lightning,” he said.

And for Oliver, 51, the two incidents seem to go hand in hand.

Oliver was struck by lightning in 2006, and ever since then he’s had trouble sleeping.

In the wee hours of June 3 he was in his yard fixing up his Chevy Malibu when he was dealt a heavy blow. “I heard this strange huffing,” Oliver said. “And the next thing I know, I had been run over and stepped on by a bear.”

“You have a greater chance of getting struck by lightning than getting killed by a bear,” says a report published by the US Forest Service’s Bear Aware programme.

The chances of both happening to one person are even smaller.

“The probability is infinitesimal,” said Ross Leadbetter, a statistician at the University of North Carolina at Chapel Hill.