Major typhoon about to slam Philippines 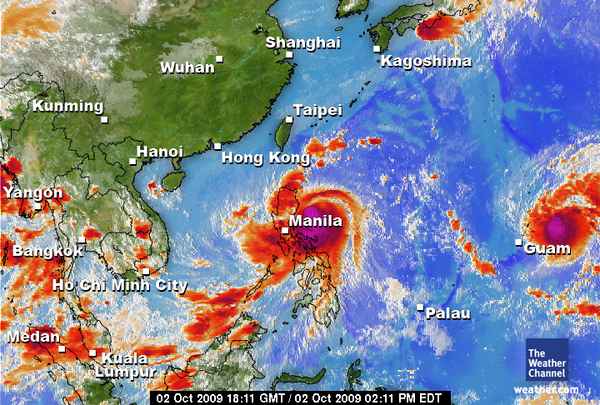 There are fears that a major typhoon about to hit the Philippines may become a super typhoon – the strongest storm classification possible.

Thousands of villagers fled the likely path of a powerful typhoon bearing down Friday on the Philippines, as the government braced for the possibility of a second storm disaster just days after one that killed hundreds.

Parma was forecast to hit the east coast on Saturday, packing sustained winds of up to 190 km/h and gusts up to 225 km/h – enough destructive power for officials to fear it may develop into a “super-typhoon,” the government’s weather bureau said.

She declared a nationwide “state of calamity” – extending one applied to Manila and 25 provinces hit by the earlier storm. The declaration frees up funds to respond to emergencies.

National Disaster Coordinating Council chief Gilbert Teodoro said children and minors can be evacuated by force, but adults will be given information to make their own decision.