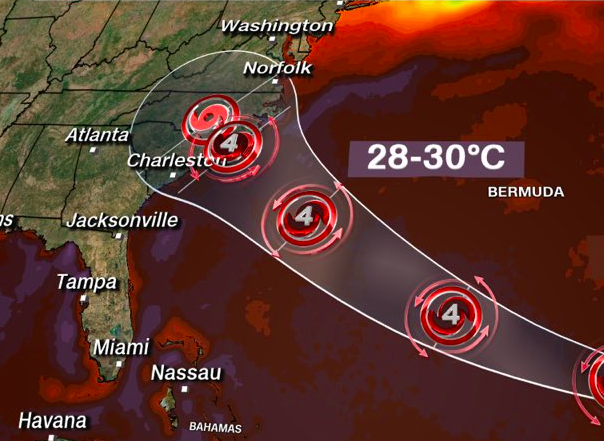 TRACK FLORENCE LIVE BELOW — Major Category 4 Hurricane Florence is heading over warmer waters of the Atlantic and is forecast to slam the eastern United States on Friday (NZT) and may be the most severe tropical storm to hit the eastern US in nearly 30 years.

In 1989 Cat 4 Hurricane Hugo (which peaked at sea as a Cat 5 storm) made landfall in South Carolina, devastating the city of Charleston in September that year. Previous to Hugo the last major hurricane to the eastern US was back in the 1890s, to give you an idea as to just how severe this set up is.

As of Wednesday NZT Interstates along the eastern US are expected to be ‘reversed’ allowing for all lanes to funnel people out of coastal areas and inland where the storm will fall apart quickly, turning into a rain only event eventually. Florence has exploded into life. On Monday NZT it went from being a Category 2, to Cat 3, to Cat 4 in around an hour as it moved over warm waters and favourable conditions. Mandatory evacuations are already in place as of today.

States like North and South Carolina are very exposed, as is Washington DC to some degree. The Carolinas look most exposed though and with so many low lying homes, towns and cities right on the eastern seaboard, some are only a little over the normal high tide mark and are incredibly vulnerable to storms, let along a major hurricane with violent storm surges which can push well inland in low lying areas, swamping communities with salt water.

WeatherWatch.co.nz is proud to be a CNN Weather affiliate and will bring you maps and updates when we get them. 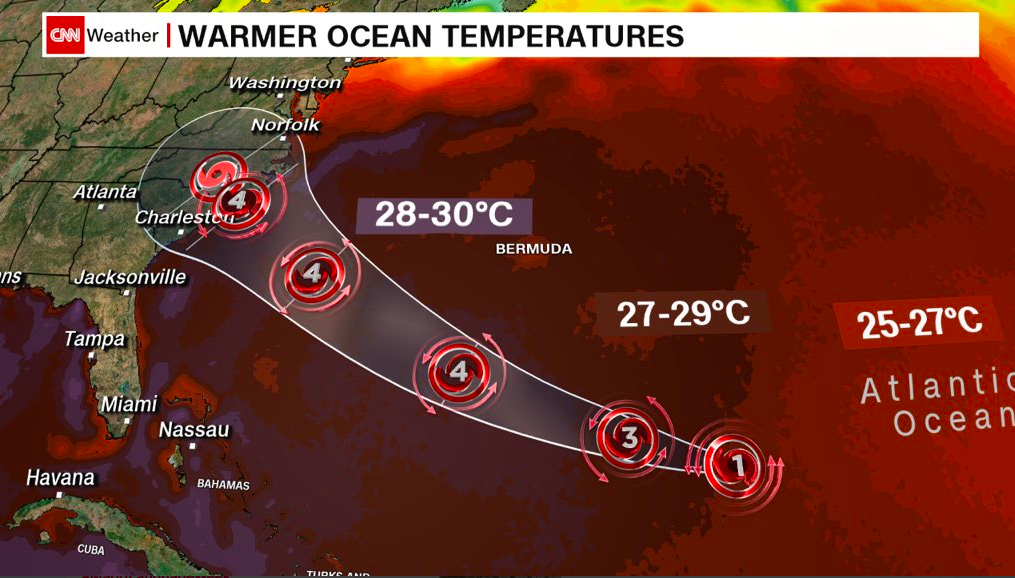 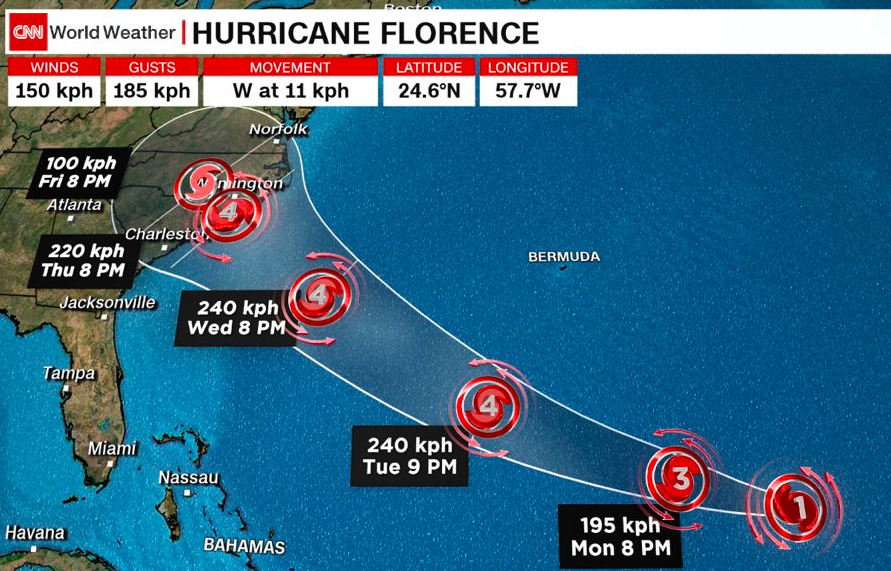 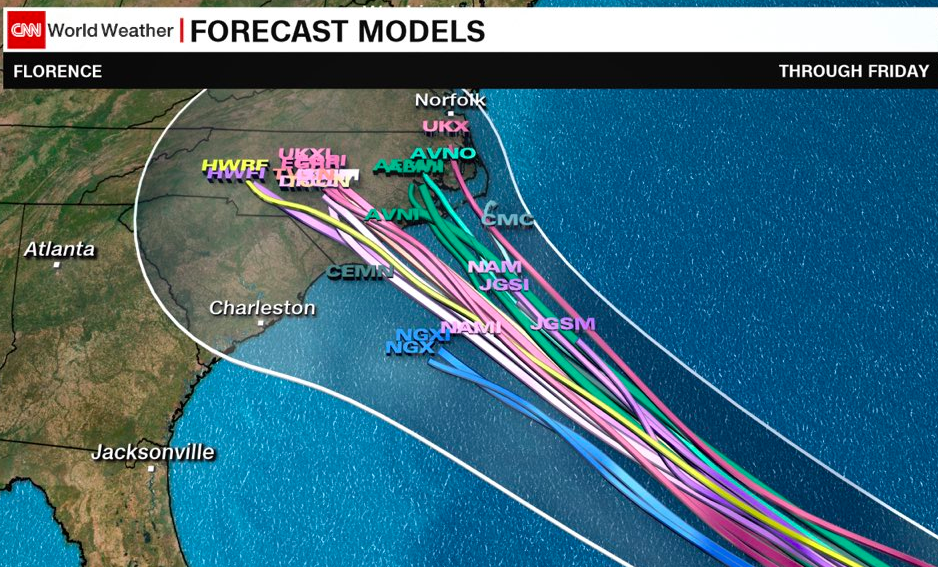 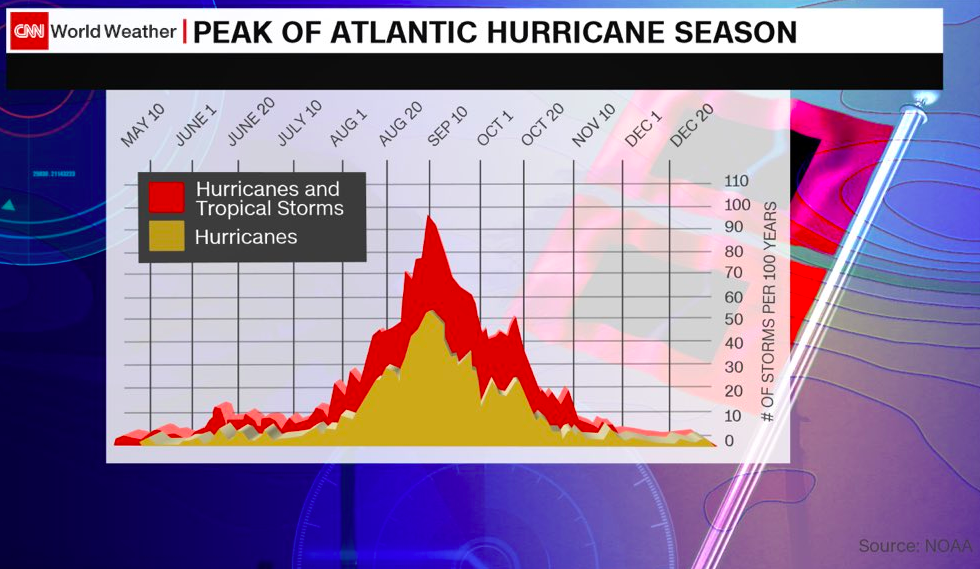 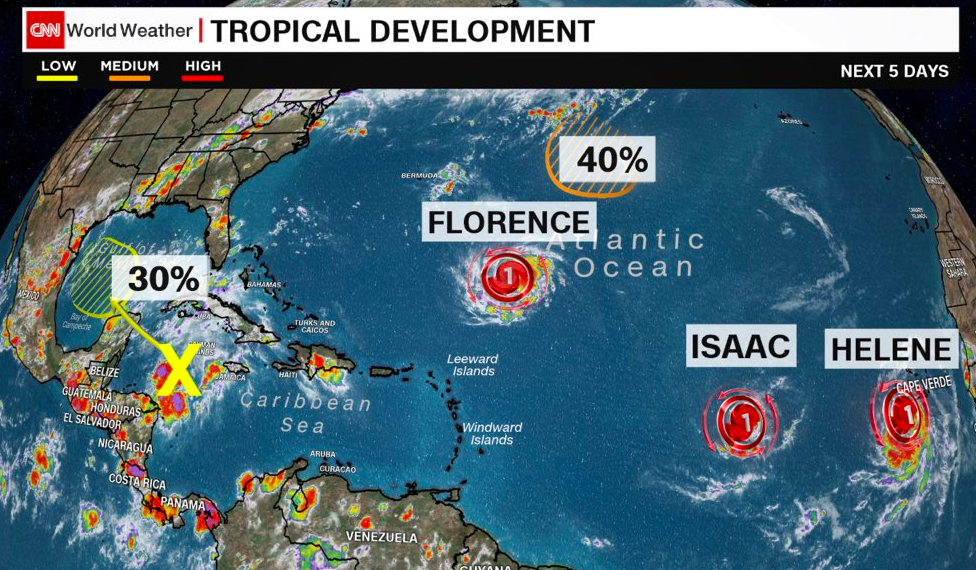 – All graphics courtesy of CNN (CNN.COM)