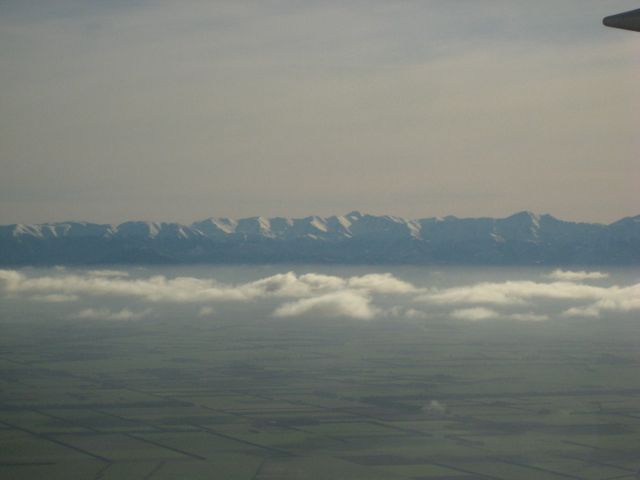 The South Island has an array of weather today with sunshine to begin with in the east but showers later and liquid sunshine in the west and south but the big yellow shows its face as the rain band moves away throughout the day.

Temperatures this morning are a little higher than usual for the time of year as an approaching front sees the winds pick up ahead of it but a sou’ west change in behind it should see the mercury slide a few degrees in the south and east but warm up a little in the west.

The coolest centre in the south is Timaru with just 1 degree and WeatherWatch Analyst Richard Green believes the change should be shortlived. ” I don’t believe this front will deliver a lot in the way of showers or rain but for a period of time it could be damp and chilly from Dunedin to North Canterbury as it sweeps northward”.

WeatherWatch.co.nz believes Nelson could see rain with potentially a few heavy downpours today before easing to just a shower or two late in the day. ” Even though Nelson looks rather wet today it should still be one of the warmest spots across the South Island and also out west looks pleasant temperature wise this afternoon as the skies clear and the wind switches direction” according to Richard Green.

Most of the south appears dry tomorrow with sunny skies returning for most however some showers could still pepper Greymouth, Hokitika and Haast with the risk of a shower or two for Invercargill and Bluff.