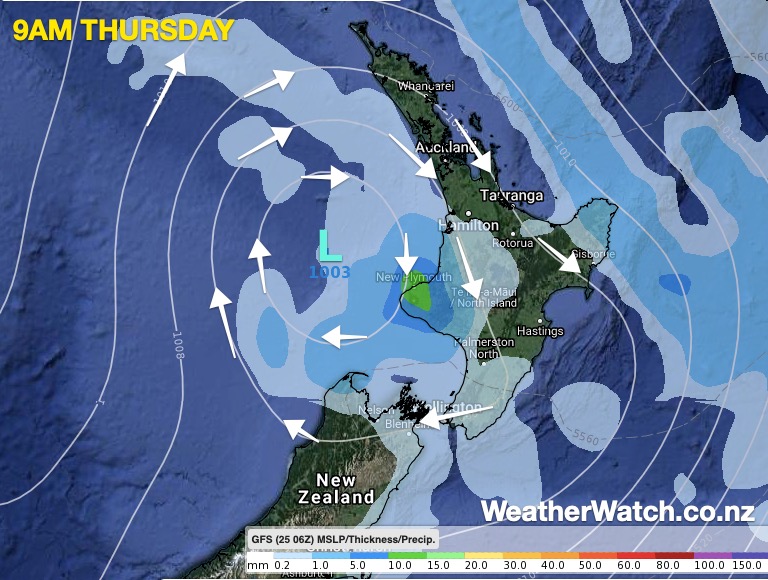 The centre of the low lies just off the west coast of Taranaki this morning and this afternoon it moves in over the lower North Island and completely unravels/falls apart.

This low rapidly deepened and peaked in power on Tuesday. It has been weakening since and by the end of today it falls apart.

While calmer weather will move in with the centre of this system, the lower air pressure contributes to instability in the atmosphere which means more downpours with isolated thunderstorms will likely bubble up this afternoon from Waikato southwards, with the central/lower portion of the North Island most exposed. Daytime heating helps feed this.

Speaking on Radio New Zealand’s ‘First Up’ show with Nathan Rarere this morning, WeatherWatch.co.nz forecaster Philip Duncan said heavy downpours may still impact New Plymouth and Taranaki with another 20 to 40mm possible across some parts of the region over the next 24 hours.

Meanwhile after the low moves through tonight, temperatures drop in the south tomorrow and then a colder night spreads across much of NZ (about 80% of the country) going into Friday night and Saturday morning.

There is also a risk of a light frost through inland parts of the lower half of the South Island on Saturday morning! You can read more about that here.