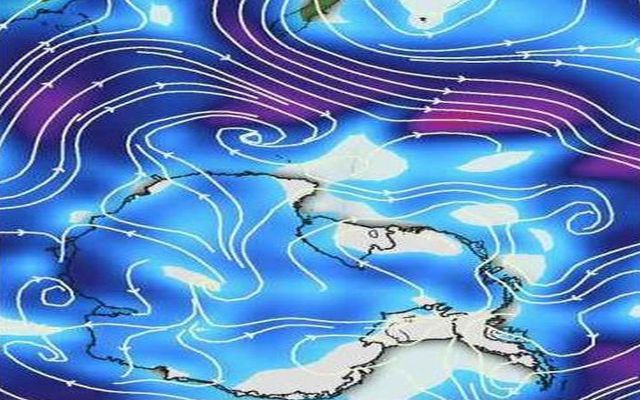 An agreement reached Sunday in South Africa will help tackle the challenges of climate change for years to come, the United Nations’ chief said.

U.N. Secretary-General Ban Ki-moon hailed the decision reached by parties of the Climate Change Convention in Durban, South Africa, which agreed to extend efforts set forth in the Kyoto Protocol.

The Kyoto Protocol, ratified by 37 industrialized countries, was set to expire in 2012. It mandates that industrialized nations cut their greenhouse gas emissions.

Ban “welcomes the agreement to establish a second commitment period of the Kyoto Protocol that will increase certainty for the carbon market and provides additional incentives for new investments in technology and the infrastructure necessary to fight climate change,” according to a statement from his office.

As part of a broad pact, nations will agree in some sort of a legal format to curb their carbon emissions. The talks also launched the Green Climate Fund, which would essentially channel about $100 billion by 2020 to vulnerable countries to help them deal with the effects of climate change.

“For the first time there is an agreement to negotiate a legal accord of some sort, a legal instrument that is applicable to all countries — that is a new thing. That means China, India and Brazil — and there is no hedging in it,” Stern said.

He added, “We have been pushing for the last three years continually to change the paradigm of this negotiation so it did apply to all the big emitters because you can’t solve this problem if you have 50-60% of world emissions not at the table. So an agreement to do this legal accord –that’s applicable to of all the major parties, that’s a big deal.”

The British secretary for energy and climate change also said he was pleased.

“I think we have all come away from this now with a really credible package which will address the problems of global warming,” Chris Huhne said.

The agreement came after a marathon session of negotiations.

“It was an extraordinarily complex negotiation with a lot of moving parts,” said Elliot Diringer, an executive vice president of the Center for Climate and Energy Solutions who was an adviser to former U.S. President Bill Clinton.

“Up until the last minute, there was every reason to think that it could well have fallen apart. So I think that the fact that it came together is in of itself a success, even if the outcome doesn’t fully satisfy anyone,” Diringer said.

Critics who were not satisfied with the outcome include the international charity Oxfam, which said negotiators at the U.N. climate talks agreed to the “bare minimum deal possible.”

“The plan gets the Green Climate Fund up and running without any sources of funding … and gets a second commitment period of the Kyoto Protocol without key members,” Oxfam said in a statement Sunday. Without further action, Oxfam said, “farmers in parts of Africa could face a drop in crop yields of more than 50% within this generation or that of their children. Food prices could more than double within the next two decades, up to half of which caused by climate change.”

In NZ we have an ETS scheme / scam going on. I wonder what the current price is for a carbon credit? I know some councils have bought into this scam and are buying pretty close to worthless credits. Of course once other countries buy in to it their economies follow suit! That is down hill. Just like ours is.

Climate change is an accepted fact by all reputable World bodies and man-made activity is clearly and demonstrably adding to it at an accelerating rate.
The big polluting nations of the World must act decisively now before it is too late.
Organisations such as Oxfam are on the leading edge of disaster relief throughout the World. Their voice is legitimate and sound.

Your cheque from the UN is in the mail, well done.