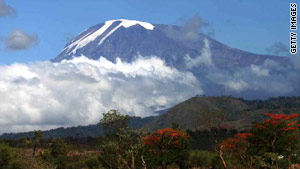 Five of the children were under six, said Suzan Kaganda, a police department spokeswoman.
The death toll could go up as rescue crews search the area for people reported missing, Kaganda said.

Most victims of the late Tuesday landslide live in the Kilimanjaro region near the mountain by the same name, Kaganda said.

The mountain is the highest peak in Africa and is a major tourist attraction.

Most east African countries have been water-starved in the past few years, exacerbating the results of floods, because a lot of greenery disappeared in the drought.