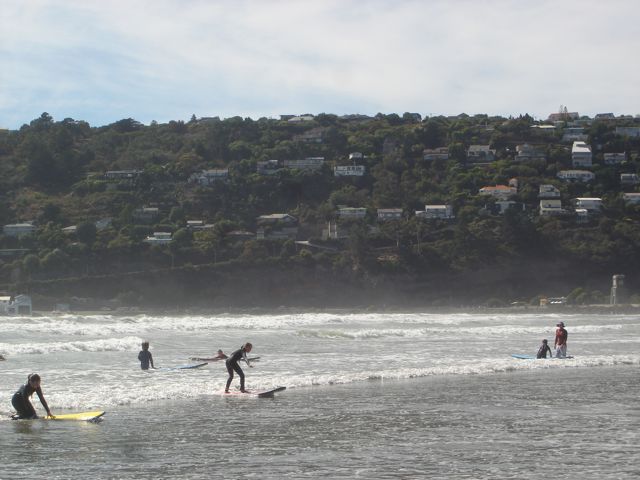 Even though La Nina is set to last through the summer months, it seems it won’t necessarily be a repeat of last summer.
A weak to moderate La Nina phase is predicted over the summer months and appears to lack the bite at this point of the one last year.

La Niña conditions have redeveloped in the tropical Pacific, and weak to moderate La Nina conditions are likely to continue through the summer, according to the NIWA National Climate Centre.

The outlook states that mean sea level pressures during the November-January period as a whole are likely to be near normal or above normal across New Zealand, with weaker westerlies over the country.

Breaking the country down into regions, NIWA is forecasting the following…

Northland, Auckland, Waikato, Bay of Plenty: It appears that weather conditions are overall likely to be near normal during the La Nina summer.Temperatures and rainfall totals are likely to be average or fairly close to average. Now this also includes soil moisture levels and river flows.

Central North Island, Taranaki, Wanganui, Manawatu and Wellington:Early on during the summer months, temperatures aren’t expected to be out of the ordinary and mostly near average or there and thereabouts.This also applies over the whole of the summer to rainfall, soil moisture levels and also river flows.

Nelson, Marlborough, Buller: As the theme is for most North Island regions, rain totals, temperatures, river flows and soil moisture deficits are likely to be near average for most of the summer.

West Coast, Alps and Foothills, Inland Otago, Southland: Temperatures could be a little higher than average to start with but generally near average for most of the summer period. Rainfall figures, river flows and soil moisture levels are likely to be near normal for the time of year.

Coastal Canterbury, East Otago: Temperatures overall from November to next February are looking to be average to above average and this region seems to have the higher than usual figures compared to the rest of the country.
Rainfall figures and winds as well as river flows and soil moisture figures are expected to be near enough to average.

WeatherWatch.co.nz is supportive of much of the outlook for the summer months by NIWA however we believe there may be some severe weather in the form of strong winds and rain and a lengthy dry spell is also a possibility.
Temperatures do appear to be average or a little above for many and winds appear to be lighter at times but northerlies and easterlies are likely to blow from time to time.

If La Nina not going to be as strong, would that mean less humid weather?

Why does this country say one thing ie, “we are going to have a very dry summer this time” then we have heeps of rain then niwa suddenly change there minds, and now we are going to have a normal summer .What will be will be, and lets face it we cant even get a week right because we are an island not a big land mass like the usa, i love the weather but why dont we just do short predictions instead of trying to conquer the whole summer before it arrives.I admire you Phil you certainly put your money where your mouth is, and i think weatherwatch should be our weather guru not met service thanks for listning

Sigh – no matter how often it is explained, there seems to be an endless supply of people who don’t understand. Seasonal outlooks are statistical/probabilistic, and the NIWA website commentary makes this quite plain. They are not like the categorical short-range forecasts at all. I think NIWA would be quite happy to give up on seasonal outlooks, but there is some demand for them. There is no “sudden” change of mind – the outlook for Nov-Jan is simply a month newer than the one for Oct-Dec. There is no particular reason to expect these to be static in nature.