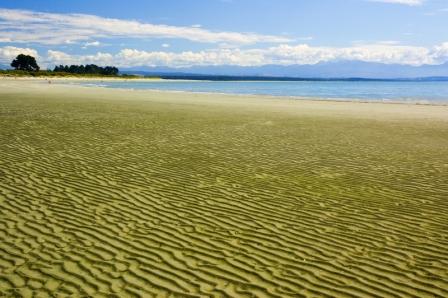 Nelson is known for being one of the sunniest regions in the country and today we’re looking at an indepth forecast for the region over the next week or two.

Like much of the country it’s a fairly dry and settled outlook and also a region that needs rain after a reasonably prolonged dry spell.

In a nutshell it’s looking generally sunny with mild to warm temperatures over the next seven or eight days.
Winds are mainly sea breezes in the afernoons along the coast however east to nor’ east breezes may persist at times pushing temperatures a little higher.

Some days from today until the middle of next week could see periods of high cloud or scattered cloud but mostly harmless.

Temperatures will be cool overnight and frequently dropping down into single figures but the upside is that daytime highs will frequently be in the 22-27 degree range.

There’s a risk of some showery activity moving in later next week as the winds slowly tend more northerly which is the first sign of a change however not necessarily an extensive or lengthy one.

Today the sun’s shining with light winds across inland parts of the Nelson province with just a sea breeze wafting in across the city.