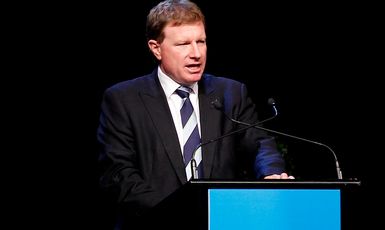 Wilson, a director of the Auckland-based company since 2003, will take up the new role when van der Heyden steps down at the annual meeting in December.

Wilson is a previous chairman of Fonterra’s shareholders’ council and has interests in two dairy farms – one where he lives near Te Awamutu and a dairy farming business in Geraldine, South Canterbury.

Separately, Ian Brown has been elected new chairman of the shareholders’ council, with Philip Palmer named as his deputy after a vote by councillors yesterday

Probably no one cares as he’ll earn more money in a year than many of us in a whole lifetime.