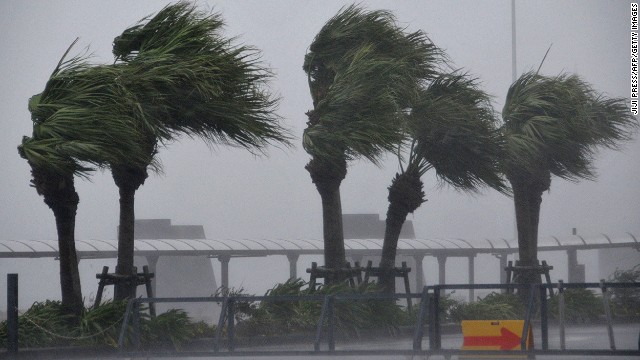 The latest and strongest in a string of powerful storms to hit Japan — Vongfong — slammed into Kyushu, the southernmost of the country’s four main islands, Monday morning as it continued its destructive path across the country.

Vongfong first made landfall in Japan in Okinawa early Sunday (Monday NZT). It wreaked havoc across the prefecture, knocking out power before losing strength and being downgraded from a typhoon to a tropical storm.

Meteorologists expect the storm to pass over the country’s largest island, Honshu, hitting the capital, Tokyo, before dawn on Tuesday.

At least 36 injuries related to the storm were reported across Okinawa, Kagoshima and Miyazaki prefectures, officials said, while at least 44,000 across the country were without power.

Authorities have ordered more than 100,000 people to evacuate their homes.

Police in Shizuoka said one man remained missing after three people were swept into water on Sunday at the city’s port.

Although a high-wave advisory had been issued at the time of the accident, the incident was classified as a water accident and not officially linked to the storm, according to Shizuoka police.

Flights in and out of Kyushu and neighboring Shikoku were canceled Monday, along with local ferry and train operations.

The Japan Meteorological Agency said Vongfong was expected to bring up to 40 centimeters of rain.

The storm comes on the heels of Typhoon Phanfone, which swept over southern Japan last week, washing three U.S. airmen out to sea off Okinawa.

U.S. and Japanese search crews found the last airman’s body on Wednesday, according to a news release issued by authorities at Kadena.

Japan was previously saturated by storms Halong, Neoguri and Nakri.