Home > News > Japan: Typhoon bearing down on the mainl...

Japan: Typhoon bearing down on the mainland (+VIDEO) 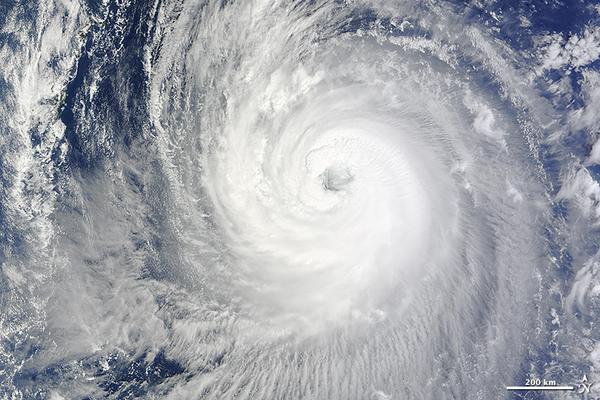 A strong typhoon is bearing down on Japan and has Tokyo in its sights.

The storm is expected to then turn to the northeast and hug the country’s southeastern coastline over the next day.

Phanfone is forecast to weaken before it makes landfall near Tokyo early Monday, with sustained winds as strong as 139 kph (86 mph), according to the U.S. government’s Joint Typhoon Warning Center. That’s the equivalent of a Category 1 hurricane.

The storm’s powerful winds could bring storm surges to bays along the southeastern coast, including Tokyo Bay, Cabrera said.

Mudslides are also a risk in mountainous regions, with the typhoon expected to dump 100 millimeters to 200 millimeters of rain on some areas.

Officials have expressed particular concern about the situation at Mount Ontake, a volcano that suddenly erupted last weekend, killing dozens of hikers.

Search efforts have been suspended, because of the approaching typhoon, for around a dozen people who remain missing on the volcano, the Japanese news agency Kyodo reported.

The high accumulation of volcanic ash on the mountain, combined with the forecast of heavy rain, increases the danger of mudslides.