JAPAN: Another ‘super typhoon’ on its way (+VIDEO) 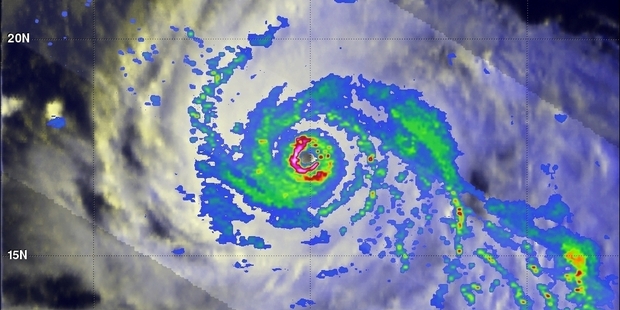 A super typhoon on course to hit Japan over the weekend is as powerful as the deadly storm that ripped through the Philippines in 2013 killing thousands of people.

Vongfong is picking up speed as it churns through the far west of the Pacific Ocean. “Its strength is very much similar to Haiyan,” which ravaged the Philippines in November, said a Japan Meteorological Agency meteorologist. Haiyan left nearly 8000 people dead or missing when gusts of around 300km/h tore through the country, generating giant waves. Vongfong was registering gusts of the same strength.

Satellite images of Vongfong show a perfectly formed eye in the middle of a gigantic swirling disc of cloud that appears to be sucking up weather systems from across the Tropics. Its present course will see it smash into Japan some time during the weekend, just days after another typhoon whipped through the country, leaving 11 people dead or missing.

Vongfong is expected to continue strengthening over the next 24 hours, but could lose some steam as it heads north. “Normally, typhoons are strongest when they are in the Tropics. They start to gradually weaken as they move into the subtropical region and the temperate zone.”