Isaac by the numbers 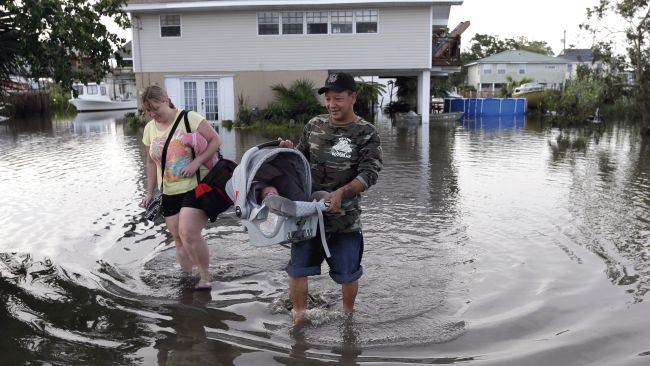 Isaac isn’t done wreaking havoc just yet.  As it treks across the eastern half of the continental United States, it continues to make a real mess.  A significant severe weather threat exists for cities like St. Louis, Missouri and Louisville, Kentucky.  Memphis and Nashville, Tennessee are also running a significant risk.  Severe thunderstorms and tornadoes are possible in these areas.

Up to 180mm of rain could fall on parts of the states of Missouri and Illinois, including the central Mississippi river valley.  That’s not all bad news though.  The Mississippi River has had traffic problems for weeks now due to low water levels.

Isaac ended up a Category 1 hurricane when it came ashore near New Orleans, Louisiana Tuesday night, local time.  Before arriving on the US mainland, it killed 24 people in Haiti.  In the US, the death toll has risen to 6.

Here are some of the rainfall totals as of Friday morning, local time

Early estimates put the damages at around $1.5 Billion USD.

It’s important to remember that this is the middle of the Atlantic Hurricane Season.  This is a traditionally busy time for the tropics and this year is no exception.  Hurricane Kirk is out over the middle Atlantic, but will be no threat to the US as it continues to weak as it heads northeast into the colder open waters of the North Atlantic.

However, Tropical Storm Leslie is a different story.  Currently it’s forecast to stay away from the US mainland.  It’s forecast to pass east of the US and possibly effect the island of Bermuda.  But it’s still too early to tell for sure.  There are a few different things that could alter the tropical steering currents and force Leslie to head toward the east coast of the US.