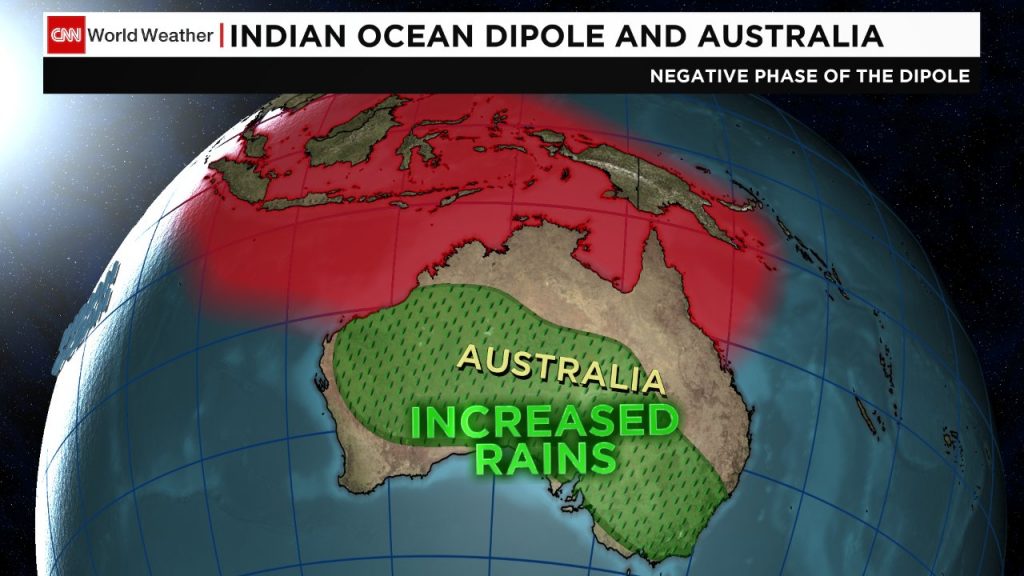 Most read story of the week —- The Indian Ocean Dipole is currently underway. Never heard of it before? Don’t worry, you’re not alone. It’s basically the Indian Ocean’s version of “El Nino”. El Nino is a Pacific Ocean event where warmer sea surface temperatures near the equator spread east towards the Americas – meaning the sea temperatures around New Zealand and Australia are cooler than normal.  The Indian Ocean Dipole (IOD) operates in the same way – warmer waters move east towards Australia and south eastern Asia while sea conditions cool further west towards Africa.

This means more rain clouds over Australia – and explains why Alice Springs has had more wet days than Canterbury has had lately, as WeatherWatch.co.nz reported last week.

This week CNN has been explaining to viewers just what is happening in Australia as the IOD gets underway – and it seems that there is some “spillover” into the Tasman Sea area and that is feeding into the North Island of New Zealand.

North Islanders are now increasingly aware of a change in pattern – this month WeatherWatch.co.nz has reported on a number of lows and rain events coming from Australia’s interior to the North Island, bringing slow moving rain events and more are coming before the month is over.

Australians are preparing for a wet, humid summer.

Meanwhile, there’s chatter about La Nina returning to the Pacific Ocean (El Nino’s opposite so warmer waters move west). Certainly we have La Nina-like weather around northern New Zealand at the moment.

WeatherWatch.co.nz believes the North Island of New Zealand may be exposed to more lows, more rain makers and possibly more tropical storms/ex-cyclones if this set up peaks in late summer/early autumn and our weather pattern continues to feed from the Australia direction.

In Australia forecasters at Weatherzone based in Sydney are also predicting their flood threat to worsen – and they are making this forecast based on the same data WeatherWatch.co.nz is using: The combination of IOD in the west plus “La Nina like” weather in the east. It’s already hitting Australia hard and the hottest most intense months are a long five months away.

Weatherzone has written what is happening in Australia – with great info-graphics – take a look and read by clicking here. 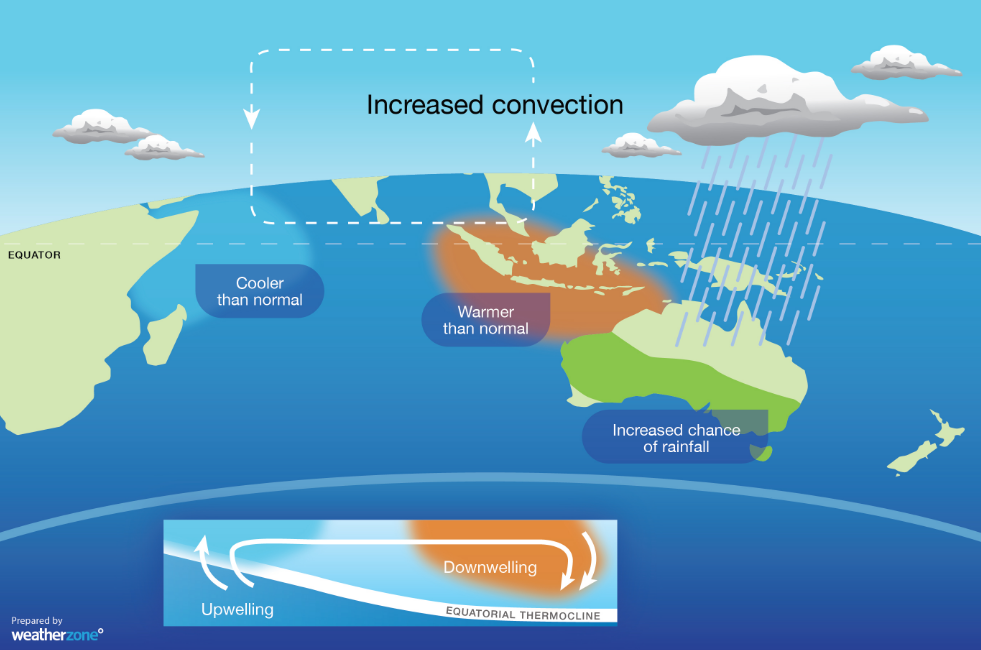 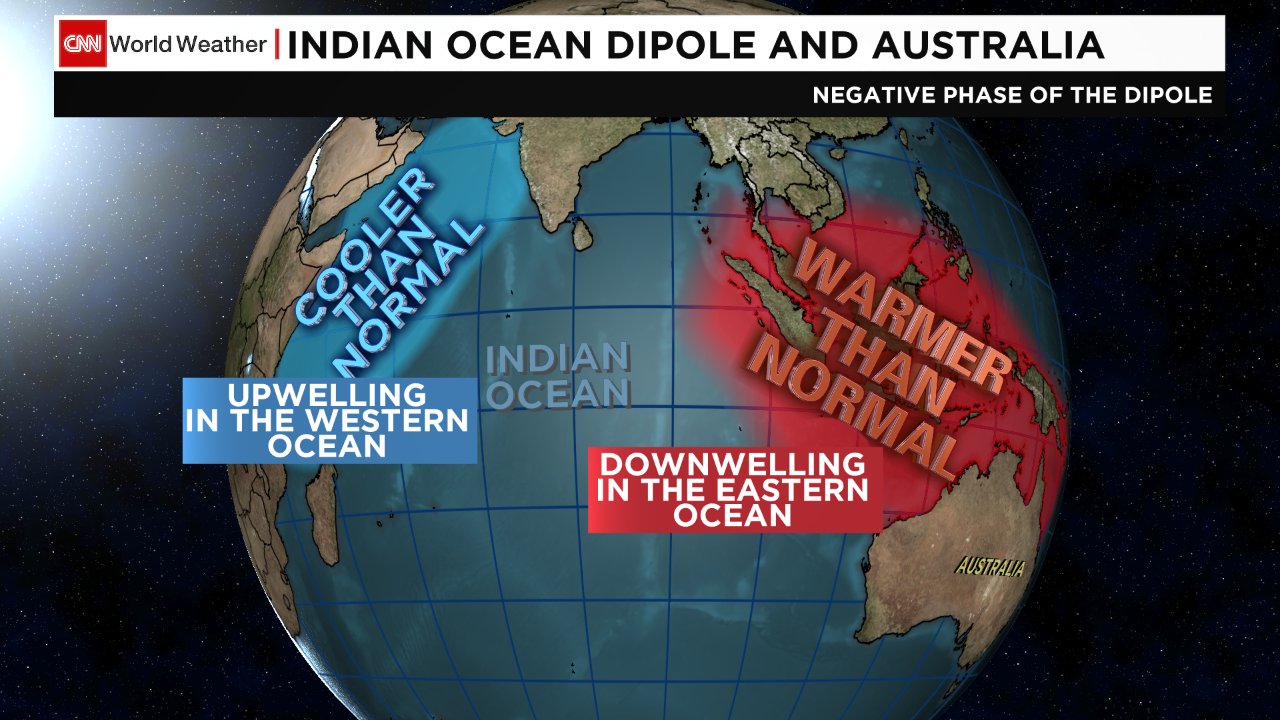 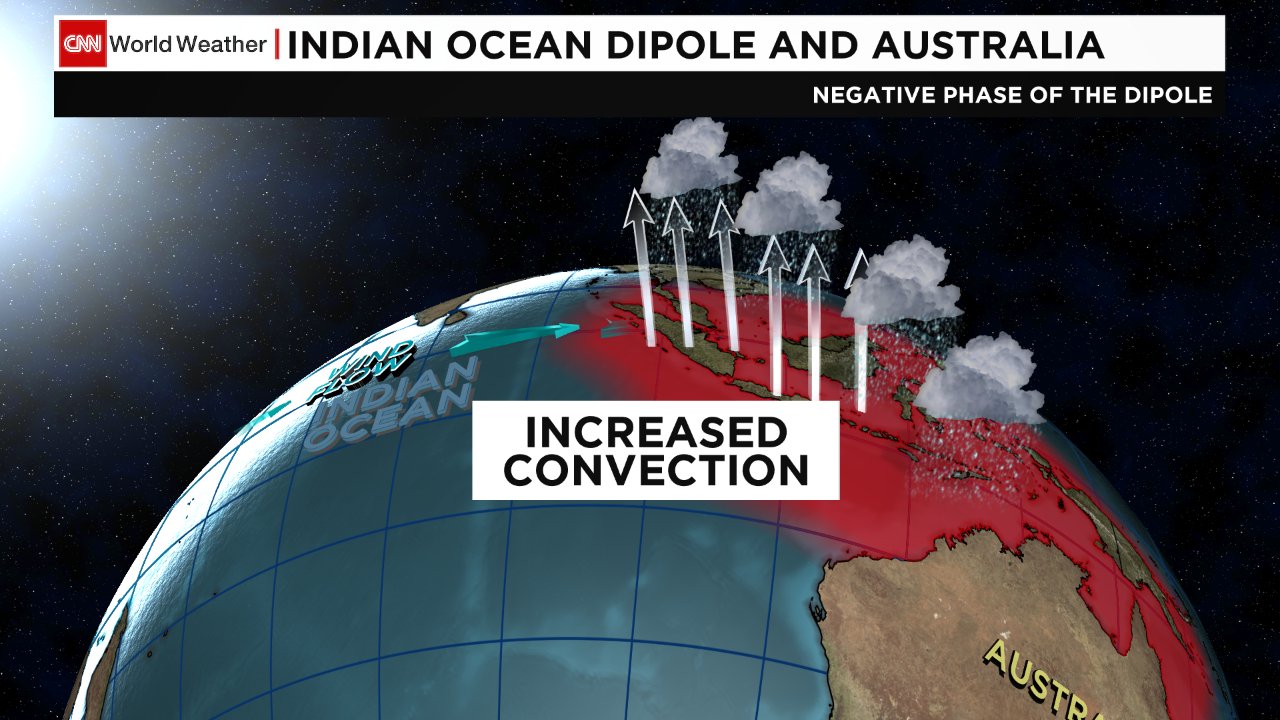 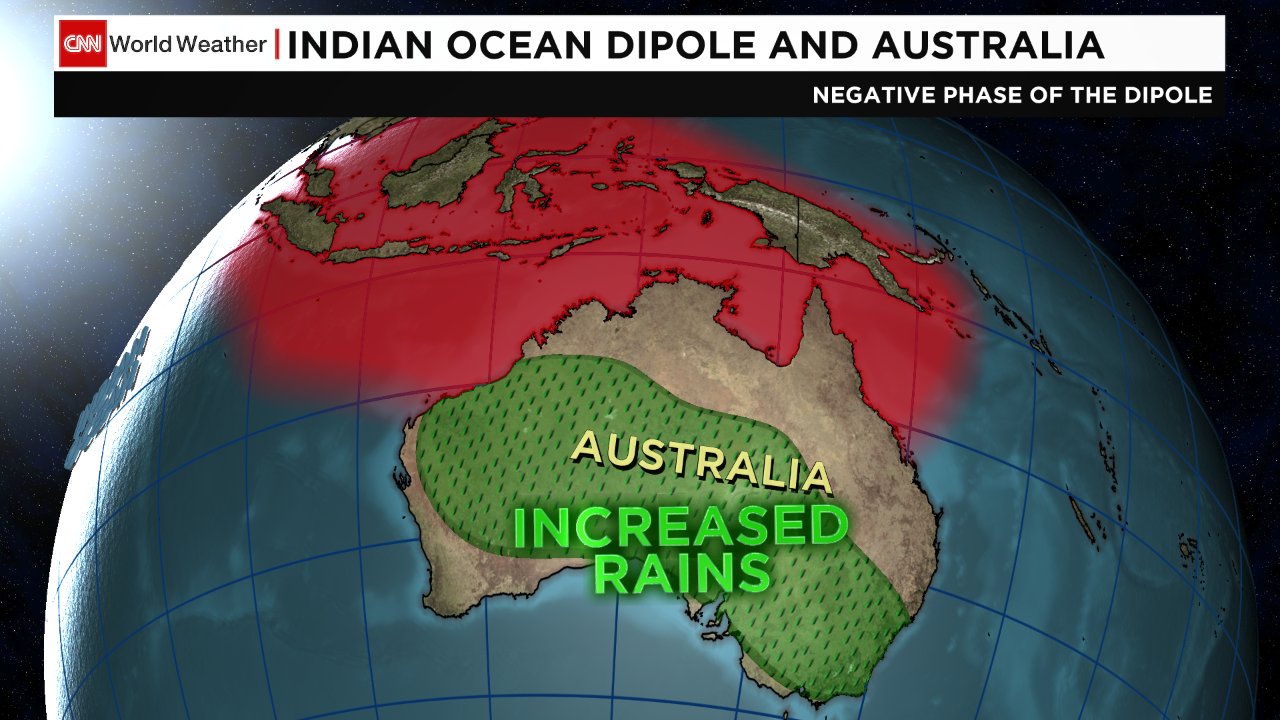 *Our thanks to both CNN International and our friends at Weatherzone in Australia who both keenly contributed to this article.

Great reporting. There seems to be a lot of work for science to do yet on El Nino, in the way of treating as separate ocean events, rather than one big solitary Pacific ocean event.  Being Southern Ocean controlled, we were hit with drought at least twelve months leading up to El Nino, as the Southern Ocean heated up first. We really felt the heat off that. Then El Nino drought struck, which is normally drought ridden for this region. We’re still in a very odd weather pattern at present with predominantly high pressure. It is has been like one perpetual 3-year summer with noting but high pressure and intermittent cold snaps only. I has been the longest El Nino I can ever recall and also the longest time in constant high pressure. Three years of highs is abnormal. The northern half of the North Island seems to have the opposite pattern to the Southern half and that has certainly played out this time. For us, low pressure with cold wet SW’s (or NW) are the norm in La Nina, so I’m picking when La Nina strikes, it’ll be Auckland’s turn to dry out. SW flow is a pain where I live, as it is straight off the Southern Alps so it is always an icy wind, even in summer. There are no signs of La Nina yet, as we are still Southerlies (Sthrn Ocean) and not persistent SW flow. It is going to be interesting, as USA has taken La Nina off the watch list, so it is up to the Southern Hemisphere to strut its stuff. I hate to say it, but if we did get a wet cool summer, people in the Wellington Region cannot moan, as it has been summer all year round, with much warmer and settled weather since 2013 now. Yes we’ve had cold snaps, but they’ve been one offs, rather than seasonal.

That Indian Ocean feature is definitely a new one on me, and is very interesting. It has been obvious for the last 2 or 3 weeks that lows coming from the Australian interior are having an effect on us which is certainly unusual. The lows are very large also so a lot of areas being in line for wind & rain.

If La Nina combines with it the farmers will be smiling all the way to the bank this summer. Not so much for holiday makers.