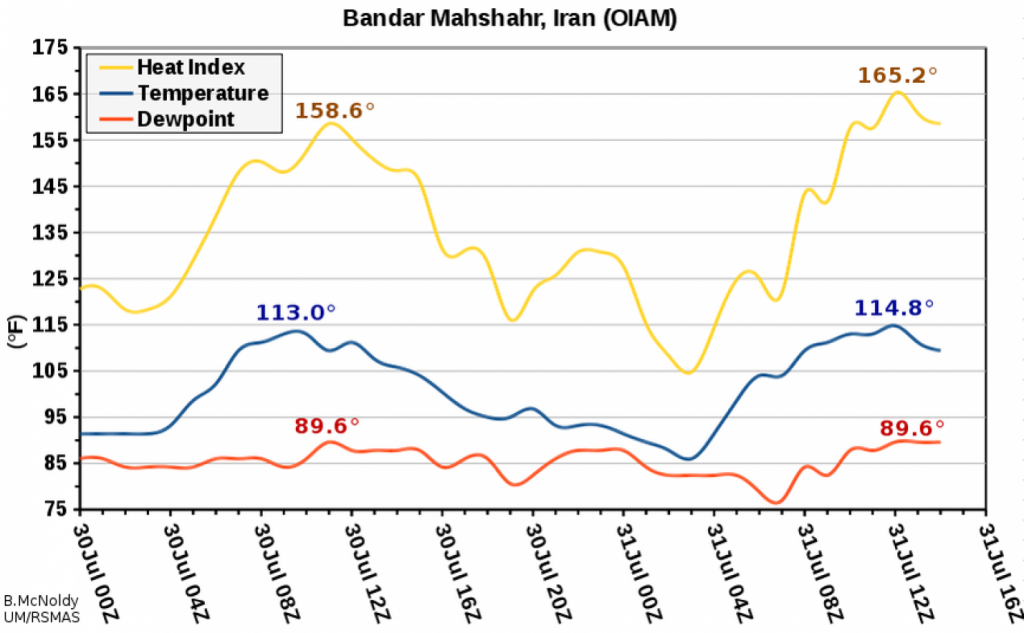 Iran is buckling under the pressure of a huge heatwave passing across the Middle East, with temperatures soaring to nearly 70C.

Scorching heat levels of 50C have already paralysed nearby Iraq, where officials had to call a four-day public holiday because it was too hot to work.

But the word “hot” has taken on an entirely new meaning in Iran’s city of Bandar Mahshahr, where it was claimed the city’s heat index was among the highest ever recorded.

Astonished weather experts predict the country could be enduring some of the hottest urban temperatures ever endured.

In Iraq the Government has urged residents to drink plenty of water and stay out of the sun.

A heat dome – a type of high-pressure ridge that is passing over the region – has exacerbated electricity and water supply issues.

In the south residents have cranked up the air conditioning as high as it will go, while the more lucky among them have escaped to nearby beaches in a desperate bid to cool off.

Gee those guys at HAARP are busy eh.

Doing the work of those US Neocons.

Is that a free-air temperature of 70C or a “feels-like”.  It is hard to imagine the air itself is really 70C.