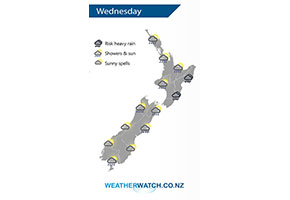 A low slowly moves eastwards over the North Island on Wednesday letting in a south to southwest airflow, a ridge further south brings more settled conditions.

Showers for most of the western North Island on Wednesday, some sun at times also. Winds from the southwest becoming strong in the afternoon for the likes of Auckland. Rain for the east coast with heavy falls then easing in the evening.

Showers for the upper South Island (especially in the east) ease in the morning then dry areas increasing from afternoon. A mix of sun and cloud for most other regions, a few isolated showers move into Southland and Central Otago late afternoon / evening. 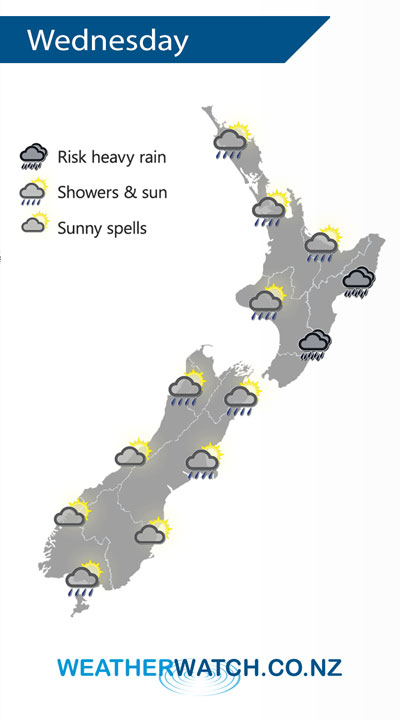