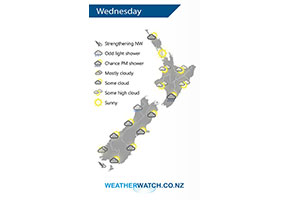 Mainly settled for a majority of the North Island on Wednesday, chance of a few isolated shower in the afternoon about the ranges of Wairarapa otherwise mainly dry. Temperatures getting into the high teens for most, perhaps even early twenties about Northland.

The South Island has slightly cloudier skies in the west, perhaps even a light shower or two for Buller. The east coast sees areas of morning cloud break to mostly sunny conditions, east to northeasterly winds freshen up in the afternoon. 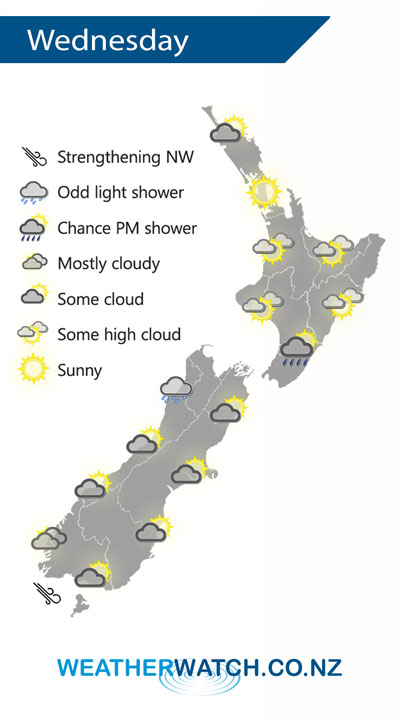