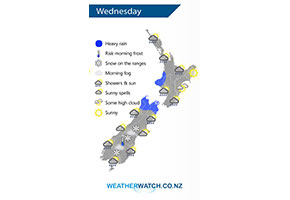 A low passes over and away to the east of New Zealand on Wednesday gradually letting in a cold southwesterly airflow.

Showers for the North Island on Wednesday, especially in the west and north during the afternoon / evening as a front moves over. Showers may be heavy at times, perhaps even some thunder about the likes of Taranaki. A mainly dry day for Hawkes Bay and Gisborne.

Early heavy rain eases about Nelson / Marlborough then expect the odd shower. A few early showers clear for the central South Island then some sun may break through, later on a cold south to southwest change brings rain with snow developing on the mountain ranges. A chance of frost and fog once again in the morning for the lower South Island, especially inland. A dry start for Southland and Otago then rain developing with cold southwesterly winds, snow develops on the mountain ranges for a time before clearing overnight. 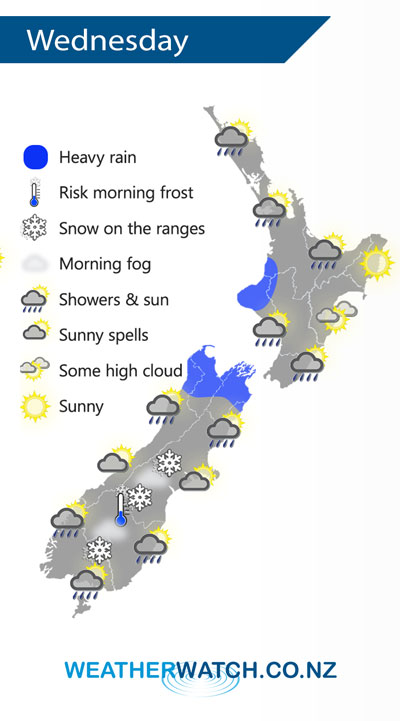