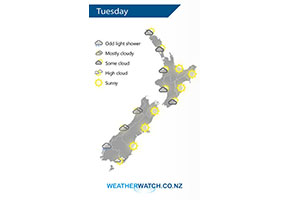 Anticyclonic for much of New Zealand on Tuesday however there will be a westerly quarter airflow moving over the country.

A mix of sun and cloud for the western side of the North Island on Tuesday, sunnier conditions out east. A similar story for the South Island although cloud will be thicker in the west with a light shower or two possible at times. Warm afternoon temperatures for eastern New Zealand with temperatures getting into the high teens, perhaps even early twenties for Gisborne. 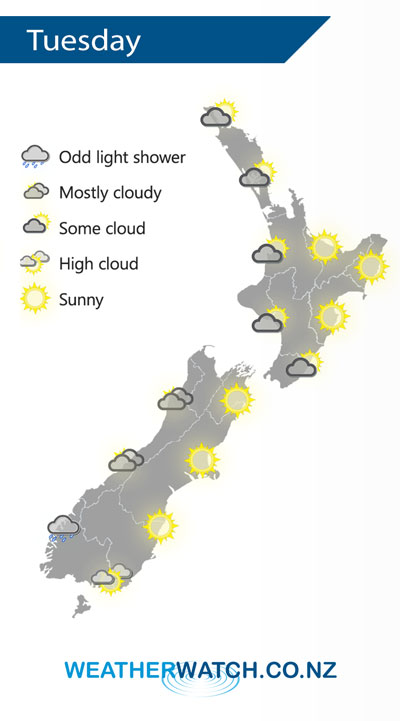