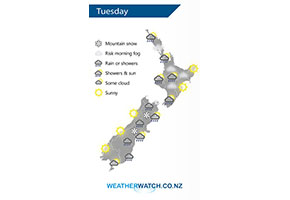 Southerlies continue over the South Island on Tuesday although they will ease, a slack pressure gradient over the North Island may produce some morning fog.

A mainly dry morning for much of the North Island on Tuesday, areas of low cloud or fog are possible in the morning then again overnight especially for inland areas. A few showers will sit just offshore about western coastal fringes then during the afternoon the odd isolated shower may make it onto land. Mainly sunny and dry in the east once again. 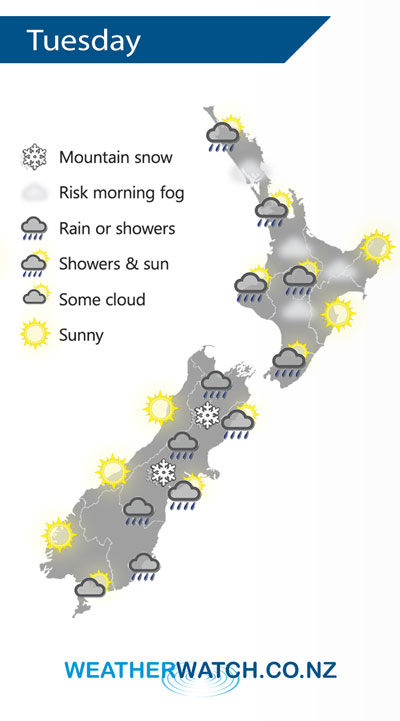