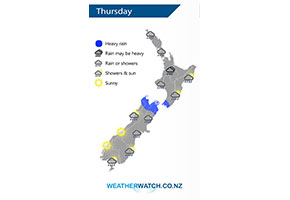 A cold front and associated low moves off the upper South Island then onto the North Island during Thursday, meanwhile a ridge moves over the South Island.

Rain pushes into the western North Island late Thursday morning, rain may be heavy for a time about the likes of Waikato in the afternoon then easing evening. Dry in the east then some rain starts to push in from the west during the afternoon and evening.

Rain about Nelson / Marlborough, becoming heavy for a time then easing late afternoon, showers about Canterbury slowly ease and clear. A few morning showers about Southland and Otago then some sun, further showers possible later in the day. 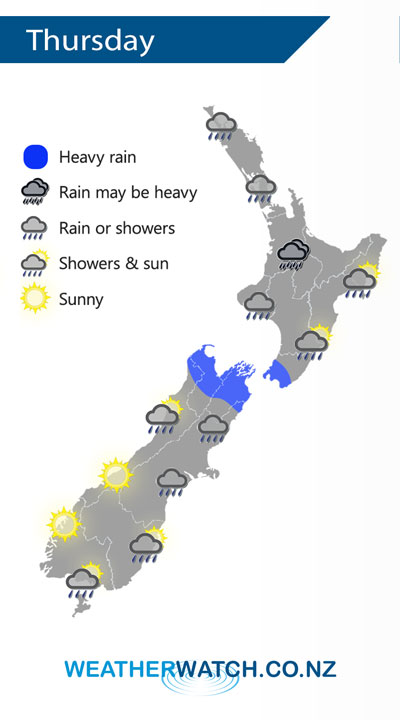