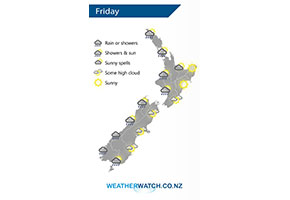 Mostly sunny for the eastern North Island on Friday, cloud gradually increases in the west however and a few showers move in from afternoon. The West Coast of the South Island has showers for much of the day, especially South Westland. Drier out east with high cloud, a low risk of a spot of rain at times spreading from the west. 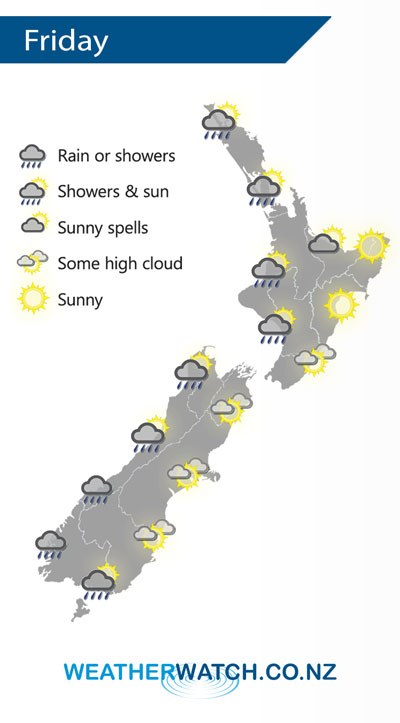