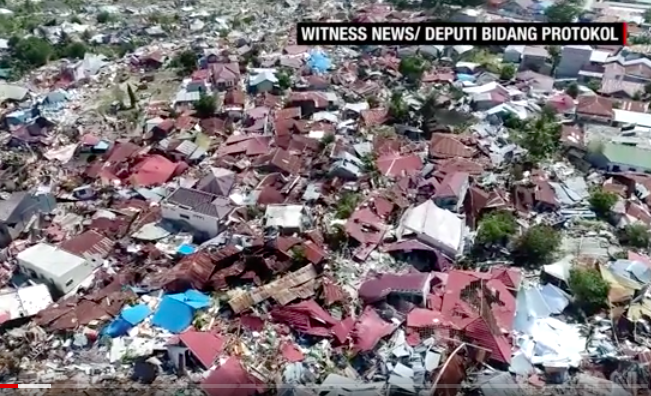 Desperation is growing in the stricken Indonesian city of Palu as residents faced a fifth day with little food or clean drinking water and the official death toll mounted in the wake of Friday’s devastating earthquake and tsunami.

The number of people killed rose to 1,234 on Tuesday, Indonesia’s national disaster agency said, including Monday’s grim discovery of 34 bodies, mostly children, in a church recreation hall in Sigi Biromaru south of Palu.
Local Red Cross worker Rafiq Anshori told CNN the bodies were discovered during the search for 86 children who were taking part in a Bible camp in the remote location when the earthquake and tsunami struck the island of Sulawesi.
Ashori said volunteers had to carry the bodies down from the church by hand for over an hour before they could reach a place where police could pick them up. The rest of the children from the Bible camp are still missing.
The number of deaths is expected to grow as more bodies are retrieved from the rubble. “So many bodies haven’t been recovered yet,” Willem Rampangilei, head of Indonesia’s National Board for Disaster Management, told reporters.
– Read more on this story and see video by clicking here via CNN.com
– CNN