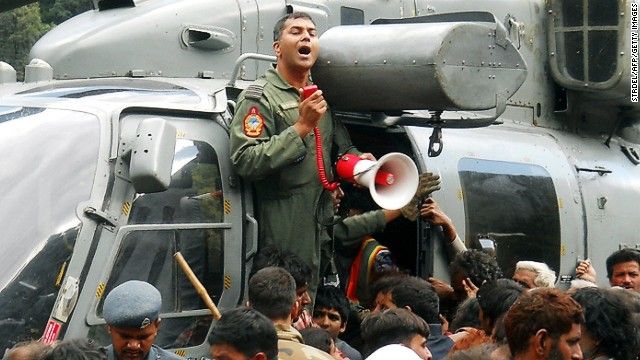 The death toll in a helicopter crash that occurred amid rescue efforts in the wake of massive flooding in India rose to 17 Wednesday, police said in a news release.

Fifteen people remain missing, the news release said. “Their helicopter crashed when they were returning home after rescuing and safely sending home more than 2,000 yatris,” or people on pilgrimage,” it said.

The incident occurred Tuesday near Gaurikund in the state of Uttarakhand.

Scores of people have been killed and trapped in flooding and landslides in the country.

Prime Minister Manmohan Singh said the crash “has come as a huge shock to me.”

“The nation mourns with me the loss of our heroes whose selfless work has saved thousands of lives,” he said in a statement. “Continuing their work would be the best homage to them.”