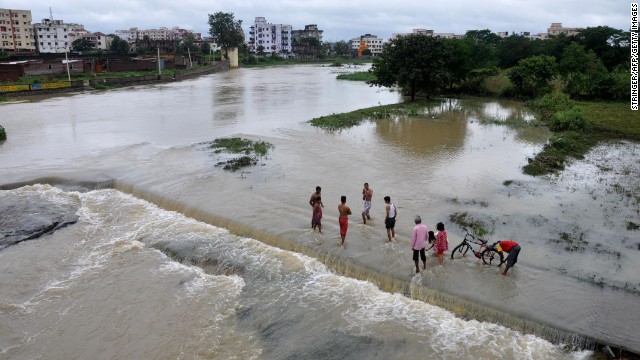 The last time a storm as powerful as Cyclone Phailin struck the eastern coast of India, 10,000 people died.

So the sense of relief is strong in the state of Odisha, where Phailin made landfall this weekend.

“I felt like I was going to die, everyone was so tense,” said Raju Pradhan, who lives with his family in Odisha.

At least 21 were killed as a direct result of the cyclone, according to Pradipta Kumar Mohapatra, Odisha state special relief commissioner. Every death is tragic, but considering Phailin was the strongest tropical storm to hit India in more than a decade, the toll could have been much higher.cyclone makes landfall in India

Pradhan was among 900,000 Odisha residents evacuated to shelters in schools and government offices. Authorities also moved food and medicine close to affected areas before the storm.

Those preparations now are credited with the huge reduction in casualties from 1999’s Cyclone Orissa, which killed 10,000 and caused more than $2 billion in damage.

That cyclone, the strongest ever recorded in Bay of Bengal, carried winds of 155 mph at landfall. Phailin arrived with winds of 140 mph.

By Monday evening, almost everyone who had been in shelters because of Phailin had gone home, with the few who are left expected to return home by Tuesday morning, Mohapatra said.

Phailin flooded highways and knocked down trees and power lines. Authorities said it could take up to a week to restore electric service. Flooded roads and rail lines could take longer to repair.

Major crop damage also was expected, and some evacuees may have lost homes made of mud and bamboo.

Aid had not reached all areas. When a CNN crew arrived Sunday in a coastal village in Ganjam District, residents ran outside to complain.

The village was running out of food and water, the residents said. And they said they expected more flooding as rainfall from the storm drained toward them. 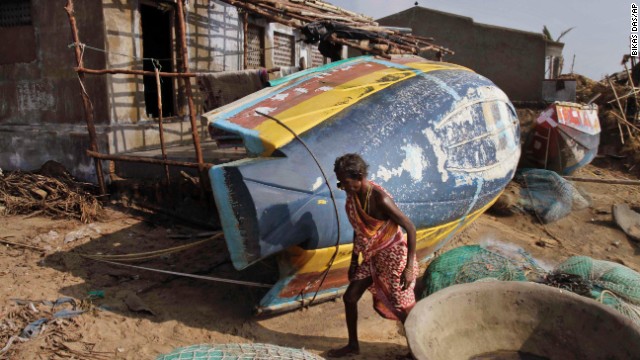 About 40 miles inland in the state capital of Bhubaneswar, resident Prabir Panda said he and others were alarmed into buying food, candles and buckets by news reports comparing Phailin to Orissa and the Hurricane Katrina in the United States.

And he said he worried when a tree in his garden was blown down and others swung crazily in the wind.

But afterward, people in Bhubaneswar emerged to check out the damage and share their relief, he said.

Property damage in the city was limited to trees and small shops, he said. 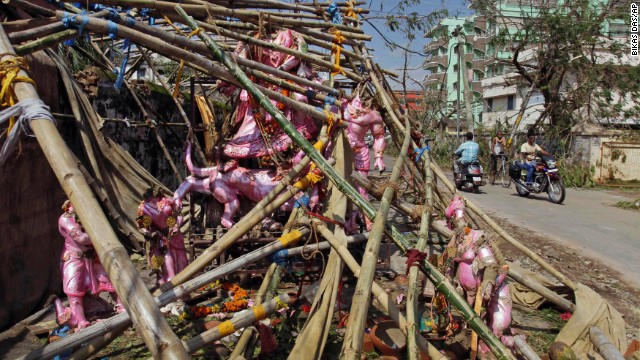 Panda praised the evacuations of people from low-lying places, which he said ran against “a cultural feeling that we normally don’t move out of our houses whatever the cause.”

“This time, the government ensured people are forced to move out,” he said.

He said government disaster management teams and military forces had been on the job in his city for two days.

“Everyone is happy with the way the local state government has managed it this time,” Panda said.