Home > News > In the aftermath: Your thoughts on the s...

In the aftermath: Your thoughts on the sub tropical low 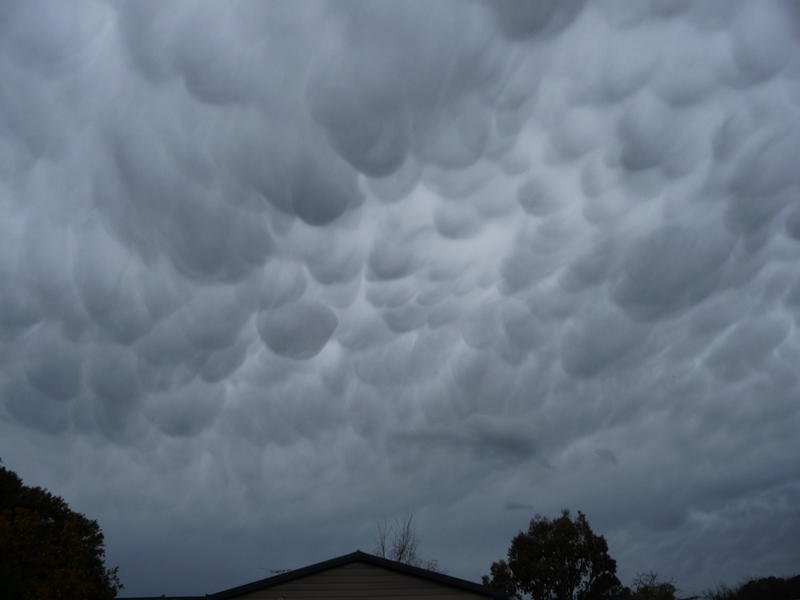 It’s been a rough ride in the last 24 hours for many in the North Island, with fairly heavy rain, winds gusting at gale force in some parts, and generally a blustery and unpleasant state of affairs!

One person had to be evacuated in Wellsford, several roofs had lifted off homes and broken windows were reported, the agency said.

Further south, police confirmed residents had been evacuated from the Tolaga Bay area.

The storm also cut power to hundreds of homes. Lines company Vector said 1200 customers in Oratia and Hunua were without power, down from 6600 during the night.

Looking at weatherwatch.co.nz’s facebook page, the reaction has been mixed – with many complaining of a sleepless and noisy night, while others described the whole thing as a bit of a “non event”.

High winds seemed to cause the most problems for commenters, along with widespread (but thankfully brief) powercuts in parts of the Coromandel.

One commenter who shall remain nameless made the observation “winds are like a woman – calm one minute, and then crazy the next here in South Auckland”. While we at Weatherwatch don’t endorse the opinions of others on gender politics, the description was consistent with observations about the volatile nature of gusts in that part of the country – varying between 40km/h and more than 100km/h in some exposed areas.

Plenty of HPa readings were coming in, with reports contrasting the readings between different centres, and keeping people informed and updated by the minute.

Consistent with Weatherwatch’s predictions, the low pressure system wasn’t quite as destructive as some other outlets would have had the public believe, with some frankly alarmist warnings contrasted by slightly more muted predictions, based on satellite observations.

As for today, the low stalls in the Tasman Sea before turning back in on the North Island – the centre of the low now weakening with the air pressure ‘filling in’.

This means winds over most of the North Island will ease today – with the exception of Northland and Auckland where westerly winds will build today – especially in Northland where they could become as strong as they were last night, but this time affecting different areas as a westerly not a south to south east wind.

in Auckland the winds will gradually build this afternoon, with windiest weather the further north you go in the region.

With the centre of the low still near Auckland expect winds to continue changing direction this morning and for drizzle and showers to feed in across the day. It will not be as wet as yesterday in the city though.

Rainfall in the past 24 hours:

What was your experience of the low? Do you think the forecasters got it right? Let us know in the comments below!

-Weatherwatch (with data from NZHerald.co.nz)

Yes my friend, you can take the SE and all its variants, lock stock and barrel. I’ll gladly take all the westerly air with its humidity and don’t care how cold it is. Warm nights mmmm. But you have to take the stable air from the E-SE, mountain waves & jets with it too. Imagine that in Auckland … a big jump zone in the centre of Queens Street, that’d be real humour. I’d die laughing. You have to take our ranges too so you can experience the frigidly cold ESE katabatic winds as they’re part of the family. SE is vicious and can be frigidly cold, not sure Auckland would know what hit it with a 3C ground level SE blowing at >100 km/h. You’d need a city full of alpine clothing shops like Wellington does … and trenchcoats too. 😀
SE is a complete head case.

My first and foremost comment must be on what a great presence WeatherWatch has had throughout this event. Phil has done an A1+++ job communicating and needs a pat on the back for his efforts. Well done. You guys have deserved a beer. I rely on MetService’s warnings as we are very prone to S & SE’s. The SE and its partner in crime the ESE is a vicious act at times. Paekakariki has in the past had 120 km/h ‘sustained’ downslope blastings which tore roofs off and blasted in doors when that wind conspired with an summer anticyclone. Today some small trees down in the park, as well as branches twigs etc. No major trees fell this time. I think there’ll be a fair bit more fall; after tonight as the ground is so wet. Mind you there’s probably not a lot of stuff left to blow down nowadays. Biggest gust tonight 117 km/h. Wind was rocking car sideways coming through high winds McKays Xing to Paek tonight. Windchill from hell with it here. Saw big pool of thick white, cold dense air coming down TGully this arvo and wondered what the heck, supposed to be ex-tropics. SE just blasted high speed across the sky early evening, literally turning anything in its path into scud. Wondered if that was jet activity. In the path it cleared could be seen lenticular and Ac. Bugger stable anticyclonic air aloft. What stopped the SE onslaught here last night were crosswinds and SW shear. Winds was nuts, all over the show. SE into Cook Strait, against NW and SW streets. We’ve slowed it down for ya Auckland. 😉 Went to the coast this morning and the cloud streets confirmed the odd winds as being for real.

Chris,we will swap your Southeast for our southwest one,the southeasterly here is tame compared to the sou’wester.

I just love your humour Aaron…had a chuckle

That low sure was interesting in its track & went against most of the forecast tracks I saw. I think only one picked it crossing into the Tasman.

Probably a female low I am guessing……..

Would be nice if you named the Photographer of the great mammatus image as Woody Woodcock!

Not over yet,the southwesterlies are yet to come..theyre worse here.

Hopefully all have pine needle survival kits on standby 😀

had about 30 pine needles last night from the blustery easterly last night,the southwesterly be 1000’s all random.

It’s really been a non event here in Wellington, just a fresh South Easterly and scattered rain.
Amazing how fast the Low weakened once it ran onto the landmass.
Give me a Low from the South West any time – much more fun.

With me living in Chch I can agree with you there!