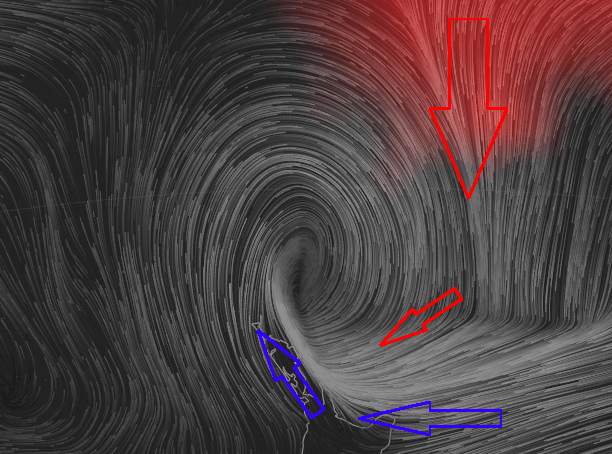 Ex-tropical cyclone Hola started its life around Fiji and Vanuatu and it’s come directly towards New Zealand, so why are people feeling cold today in the north?

It all depends on which side of the centre of the low you’re on. Now that Hola is ‘extra-tropical’ it means it’s being fed with cold air on one side, hot tropical air on the other.

They way Hola is positioned and shaped today means the tropical air is being pulled in well to the north east of New Zealand, then that warm air is pulled in to the centre just east of Northland and Auckland.

In fact WeatherWatch.co.nz calculates that the hot tropical humid air is less than 200kms east of Northland – but it won’t move closer. As Hola moves south east we’ll see more of a southerly flow over the upper North Island.

This set up does sometimes happen. WeatherWatch.co.nz is a CNN Weather Affiliate and in 2012 when Hurricane Sandy hit New York it brought heavy snow to the eastern US. We were there at the time and meteorologists at CNN told us they had never covered a hurricane wearing winter clothes and talking about heavy snow warnings in their state at the same time.

Thankfully for New Zealand Hola is not dredging up any cold sub-Antarctic southerly producing snow. Instead a large high east of New Zealand coupled with Hola are working to suck up cooler air from around the Chatham Islands area into Northland and Auckland this afternoon. 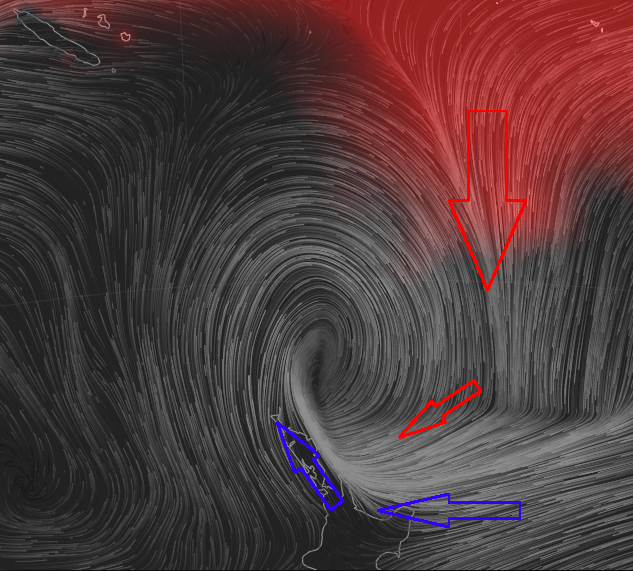 – The Misery Index measures tropical and Antarctic air. The red in the top right corner is the tropical air feeding into centre of Hola. The blue arrows show the cooler air flow coming from east to south east of New Zealand and tracking over land. The warm air is only just 185kms east of Northland and won’t be getting any closer than that. Infographic by WeatherWatch.co.nz, original Misery Index by earth.nullschool.net. 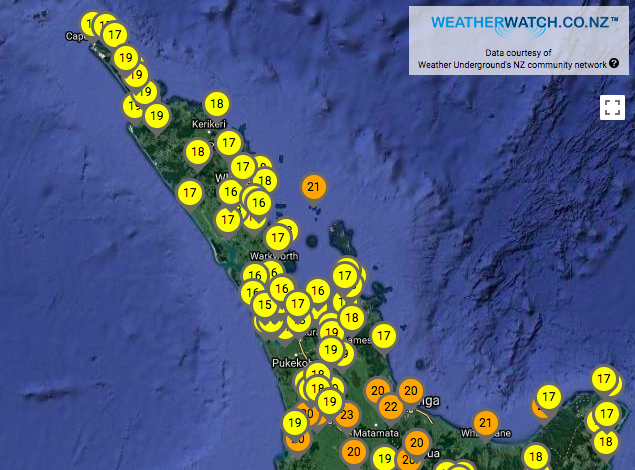 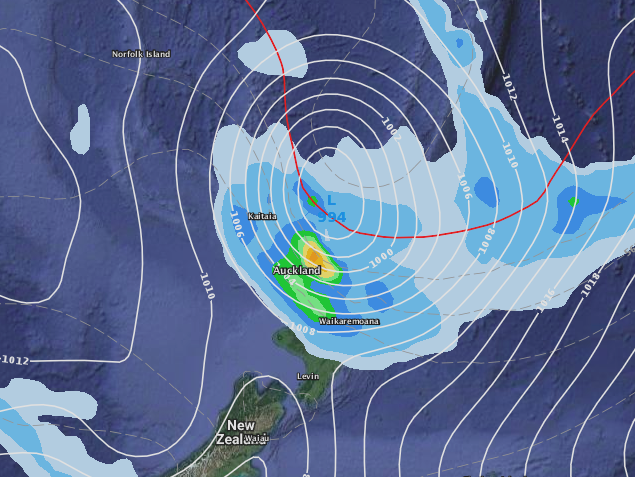