Home > News > Hurricane Matthew could be a catastrophi...

Hurricane Matthew could be a catastrophic humanitarian crisis 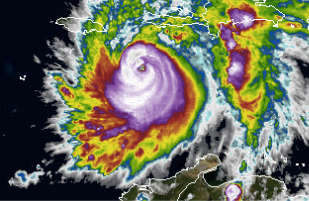 DEVELOPING STORY — Updated Tuesday evening — Hurricane Matthew is a Category 4 Atlantic storm with winds gusting to 300km/h as of 8:45pm Tuesday NZT. Haiti is most exposed with Jamaica, Cuba and the US also directly exposed.

Haiti could be exposed to Matthew’s heaviest rain and strongest winds with over 1100mm of rain (over a metre) expected in the poverty-stricken hilly island nation. With most of the trees on the island stripped away for fuel heavy rain events cause massive mudslides. Most people live in buildings that cannot sustain winds of 210km/h with gusts to 300km/h (currently the peak winds of Hurricane Matthew) – in fact it’s important to note that even New Zealand’s first world infrastructure would collapse in a number of areas with a storm this intense.

The results for Haiti could therefore be deadly and catastrophic – and those words aren’t just being used by WeatherWatch.co.nz forecasters, they are being used by US authorities to describe what could happen now. CNN is saying this could be a humanitarian crisis.

To make matters worse the heaviest rain is in the north eastern quadrant (in our part of the world the south eastern quadrant) – this places Haiti’s capital of Port-au-Prince directly in the firing line for the worst weather – the city is home to 3.5 million people mostly living in poorly built buildings or on muddy hillsides.

The city is also still recovering from the catastrophic M7.0 quake in 2010 that killed between 100,000 and 316,000 people (different figures from different authorities).

Matthew is also taking an unusual route, tracking south directly towards Jamaica and Haiti then posing a serious risk to the entire eastern seaboard of the US. In the 1950s Hurricane Hazel took an almost identical route.

Hurricane Matthew remains a dangerous Category 4 tropical storm. From Saturday until Monday it was a Category 5 storm, the first one in the Atlantic since 2007.

It’s also travelling very slowly, just 10km/h which is only a tiny bit faster than human walking speed. This means rain will be prolonged – and is why forecasters say over 1 metre of rain is possible in Haiti.

We’ll keep you up to date over the next few days as Matthew closes in on these island nations and then potentially the US.

Mathew is expected to make landfall in Haiti around midnight tonight/early hours of Wednesday – it may take until Wednesday afternoon or evening NZT until information comes out on damage.

Please note all times below are eastern USA.  To work out NZ’s time simply add a day, then minus 7 hours.

News update above updated 8:46pm Tuesday, maps below from our 11am update. 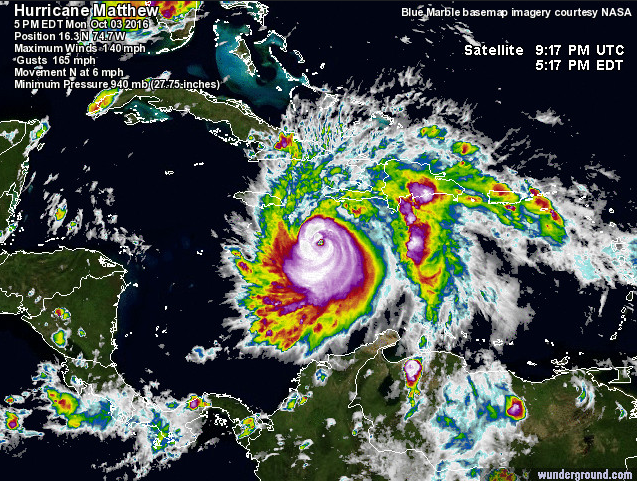 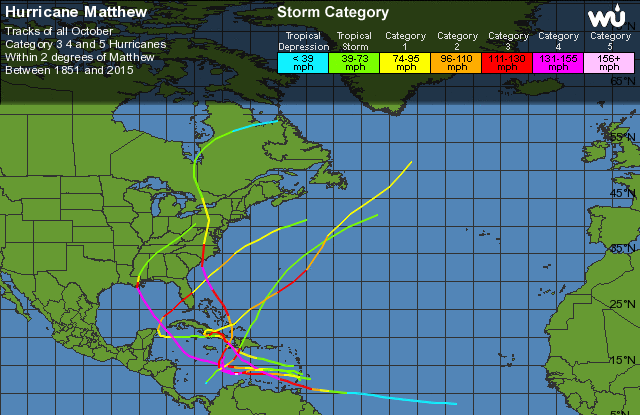 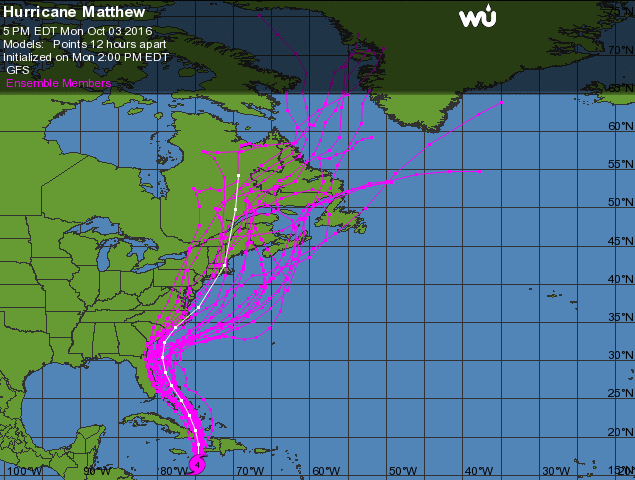 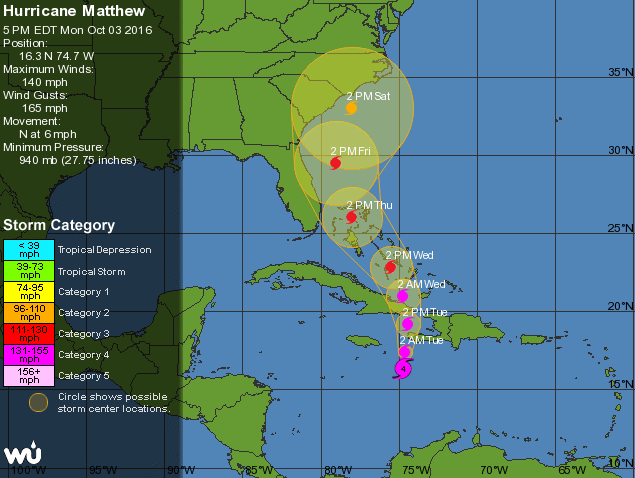