How January will end 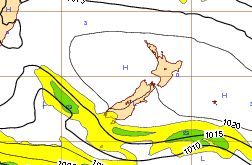 January has been a changeable month so far with thunderstorms, cold, wind, rain – and plenty of heat and sun in there too.

While the north of New Zealand has enjoyed some of the most settled weather the east has had plenty of sun and heat – but the south and south west have endured relentless spring-like systems which have brought flooding to the West Coast and gloomy weather to southern regions at times.

So how does the rest of January shape up?

WeatherWatch.co.nz forecasters say the outlook is a far more settled one.  “We’re going to see far more high pressure systems over the top of New Zealand which not only gives us lighter winds and dry weather but they also help shield us from the wild tropical storms in the north and wintry storms in the Southern Ocean” says head weather analyst Philip Duncan.

Mr Duncan said earlier this week the Southern Ocean looked more like it did in spring, with large storms and a lot of wind – including one this weekend half way between New Zealand and Antarctica.

However WeatherWatch.co.nz says Southland, Otago and the West Coast will remain vulnerable to unsettled weather for the rest of January.  “However we do expect the weather to improve for these regions as well, with less rain and wind overall and more days with sun and warmth”.

Auckland’s long weekend, which affects around 2 million people in the last weekend of January, currently is predicted to be mostly settled with a high over New Zealand and perhaps easterlies in the north.

The tropics also remain very active, but for the rest of January New Zealand should remain protected from any tropical storms.  February, on the other hand, may be different as we head towards the peak of the cyclone season which occurs over Feb and March usually.  Long range models already indicate a couple of tropical cyclones north of New Zealand in early Feb – potentially impacting the Fiji to Samoa area.