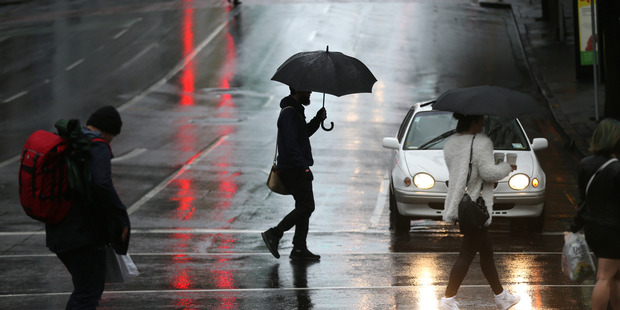 A house was evacuated in Orakei after a bank collapsed, and trees were felled by strong winds in Auckland overnight.

Wild weather across the city saw a home on Godden Crescent evacuated at 4.30am, after a bank behind it collapsed amid heavy rainfall overnight.

A fire service spokesman said the house was being renovated, but a person was living in it at the time.

He also said a number of trees were felled by strong wind overnight.

Weather Watch forecaster Philip Duncan said downpours in Auckland city last night were heavy, and quite a few people said they were woken up by intense rains and wind gusts overnight.

He said rain was still torrential on Great Barrier Island, and the bad weather was heading towards the Coromandel Peninsula.

Aucklanders could expect a pleasant, mild day today and he said Waikato was also clearing.

But Aucklanders needed to make the most of the warmth, and temperatures would drop again at the weekend.

MetService tweeted that there was more heavy rain to come for the Bay of Plenty and Rotorua areas.