Home > News > Hot for some this week, Autumnal cool ch...

Hot for some this week, Autumnal cool change arrives next week (+4 Maps) 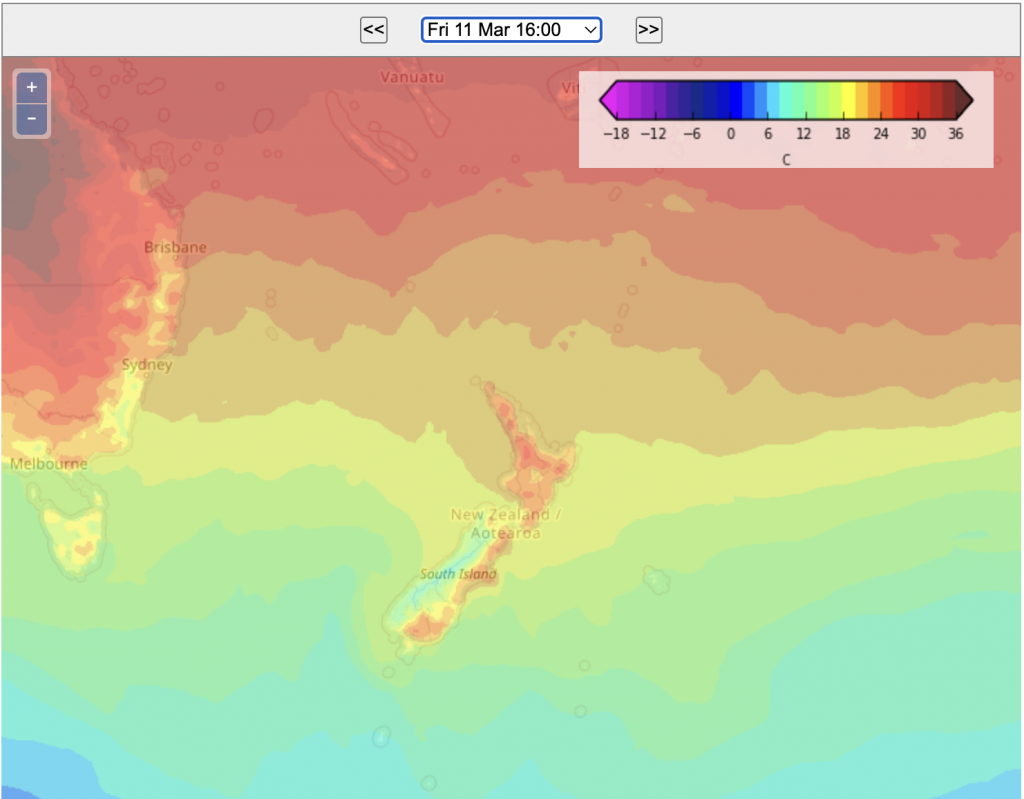 It’s late summer for many parts of NZ this week as temperatures climb into the late 20s, even the early 30s for some in the days ahead.

Hamilton and Waikato look to be the hottest with daytime highs hovering around 27 to 31C over the coming days.

The weekend cool change won’t impact Waikato much (or the upper North Island) but in one weeks time the overnight lows will be a few degrees cooler.

Manawatu will also feel the heat with daytime highs in the mid to late 20s this week.

In Canterbury this week temperatures are Autumn-like and by Friday a low from NSW will drift past Fiordland and bring a surge of winds which will push daytime highs up in the east into the late 20s and early 30s. This changes over the weekend and get cooler still by early next week.

In March our nights get longer, faster, than any other time of the year. NZ is currently losing about 20 minutes of sunlight each week this month, so that’s about an hour of sunlight gone from March 1 to March 31. This is especially noticeable in the mornings which are cooler now, and have a heavier dew on the grass too.

COOL CHANGE NEXT WEEK
This Sunday a southerly flow kicks in ahead of the next high pressure zone for NZ next week. The southerly fades out as it heads up to northern NZ but will significantly cut back daytime temperatures for the South Island for early next week, and the lower North Island.

The cooler airflow looks to be most noticeable at the start of next week.

You can view these temperature maps, along with MAX, MIN and FROST maps all freely available here: https://www.weatherwatch.co.nz/maps-radars/temperature/temperature and in the Maps section of our free App.