Highs and lows – Your situation & outlook for Saturday 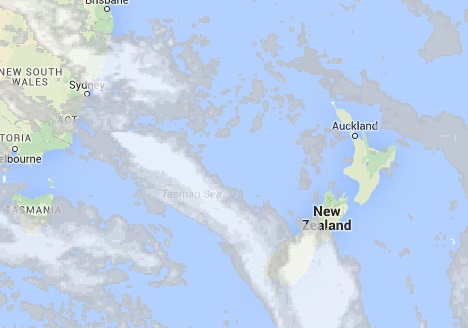 The weather situation above the country is fairly complicated, though on the ground it should stay pretty consisitent – with only a risk of thunderstorms for the Central North Island.
There are high pressure centres on both sides of the South Island, while the North Island will sit under a relatively low pressure area (1021 Hpa) in the afternoon in parts.

For the upper regions, Northland and Auckland can look forward to cloudy areas and the small chance of a light shower, otherwise it will stay mainly dry.
In the afternoon, sunny spells will develop along with southwesterly winds.

Elsewhere in the North Island, morning cloud should break to a largely sunny day, with light winds and afternoon sea breezes for both coasts.

For the Central North Island, west and north of the Lake Taupo area, along with Waikato, late afternoon and evening will bring the risk of an isolated shower or two, some of which could bring heavy downpours, and potentially thunderstorms – though these will clear later in the day.

For Wellington and the East Coast, it’s looking like a mix of sun and cloud, though southerlies will develop in the morning.
The same goes for Taranaki down to Kapiti in the west, though the prevailing winds will change from northwesterlies in the morning to southeasterlies by midday.

It’s looking cloudy in the east early on for the South Island, with the chance of some drizzle – but then sunny areas should develop in the afternoon, and southerlies will change to tend east, after midday.

On the West Coast and further south, for Southland and Central Otago, it’s looking sunny with just light winds or sea breezes in the afternoon.

Nelson will see a calm and settled day, with sunny areas, a bit of cloud here and there but only light northerlies to speak of in the afternoon.