Highlights of the Week – What’s been making Weather News? 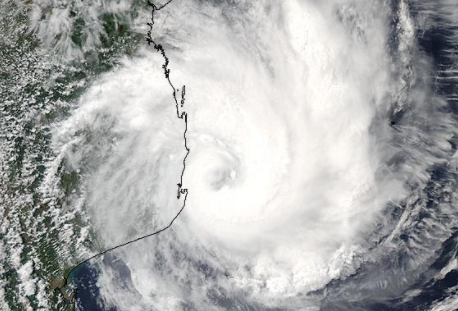 A warm week has come to an end – and with it, the high temperatures that dominated our weather over the past seven days.
As the week drew to a close, we saw a cold change sweep up the South Island, tumbling temperatures by double digits in less than 10 minutes.

Dunedin soared to 27 degrees on Friday, before rapidly dropping down to just 16 degrees.
Some areas further south were even colder, only slightly above double digits.
Next Tuesday we expect an even colder southerly to move through, dropping both Dunedin and Invercargill’s high to possibly just 12 degrees.
Welcome to the first signs of Autumn.

A lot of people are curious if the sudden rush of summer-like weather for the rest of the country will continue on through the new month. Short answer: Yes. For the long answer, check out Philip Duncan’s editorial piece on the March outlook, here.

It was worth getting up at 4am today to see the Milky Way & Zodiacal Light here in #Dunedinnz #astronomy #Astrophotography #NewZealand pic.twitter.com/NE9t8xt3YZ

In slightly better news, it’s been noted that this year an odd tranquility has filled the heart of the Southern Hemisphere’s tropical cyclone season.
In a turn of events that’s mystified even the experts, hurricane-strength cyclones have been virtually absent since July from the entire Indian Ocean and Pacific Ocean south of the equator.
Check out this think piece from Wunderground, exploring the situation.

Across the ditch, parts of Australia’s eastern seaboard could receive more than a month’s worth of rain in the next week, raising the risk of flooding during the opening days of autumn.
Check out more on this with Weatherzone.com.au, here.

A developing tropical low, currently located over the Arafura Sea, will ensure a wet weekend for the Top End. https://t.co/bSZ1ONeupT pic.twitter.com/4s57k2V2Ei

In other international news,

New equipment installed on aircraft flying in and out of New Zealand as part of an international climate change initiative will help monitor greenhouse gases and air quality.
Hawaiian Airlines has become the first U.S. carrier to join an international scientific project that enlists commercial airlines in the research of climate change and air quality worldwide. For more on the full story, check out the piece, here.

The big question on many climatologist’s lips this year is: will El Nino return in 2017?
The chance of an El Nino forming during 2017 has recently increased – according to the latest El Nino Southern Oscillation (ENSO) wrap-up released by the Bureau of Meteorology on the final day of summer.

And finally, don’t forget to vote in this week’s poll, below!