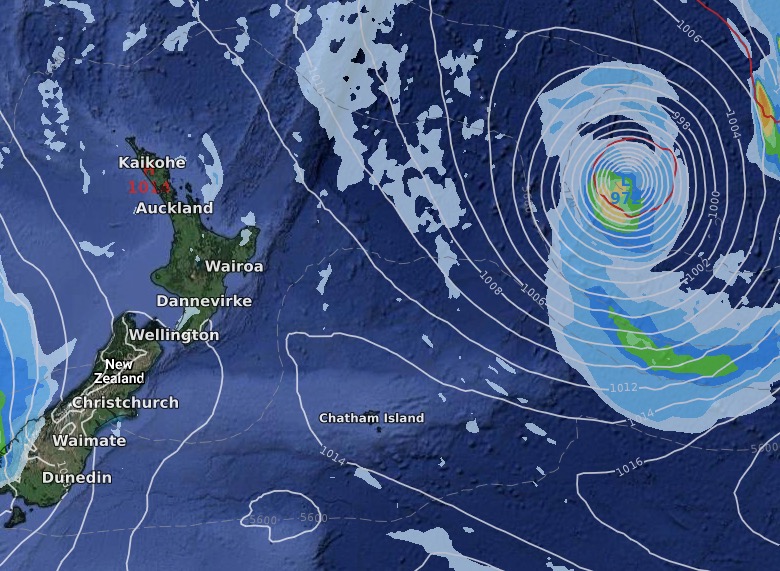 FULL DETAILS — As WeatherWatch.co.nz first forecast last week another tropical cyclone is likely this week, this time to the north east of New Zealand.

The Joint Typhoon Warning Center (JTWC – US Govt) on Sunday issued a Tropical Cyclone Formation Alert while the Fiji Met Service says the potential for low pressure north east of Fiji to become a tropical cyclone from Monday is “high”.

The storm could be a tropical cyclone until the end of the this week, with it developing in the Samoa/Niue area and tracking south eastwards towards the Cook Island region, before high pressure turns it more southwards late week.

This storm will be the second one within days of Cyclone Uesi but is not currently forecast to hit New Zealand. 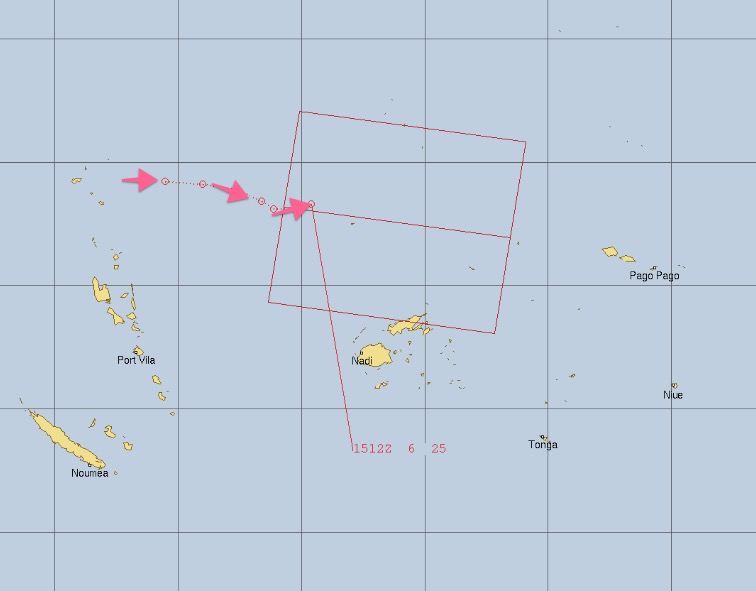 MONDAY & TUESDAY – DEVELOPING IN SAMOA, AMERICAN SAMOA REGION, NIUE
It’s a messy start with a fair amount of low pressure around Samoa so it may take a while to get organised. The developing cyclone itself will likely be named either late Monday or on Tuesday morning south of Samoa and tracking south eastwards away from Samoa and towards the Cook Islands. At this stage, for land, it will be a rainmaker for the most part based on most modelling.

For Niue the storm will likely be rapidly deepening as it skirts by to the north east and east, then south east from Monday PM to Tuesday PM. While it will be close it will be worsening as it pulls away from the island on Tuesday taking with it the rain and gales. 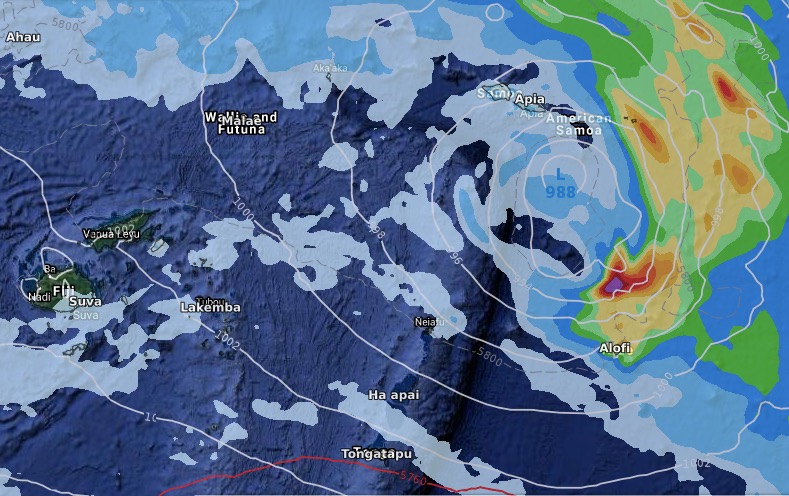 ABOVE & BELOW: Monday PM – ECMWF model. 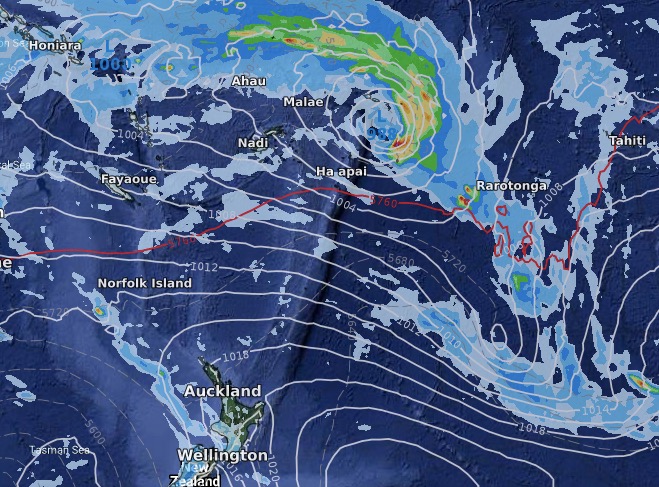 TUESDAY NIGHT TO WEDNESDAY NIGHT – APPROACHING COOK ISLANDS
Overnight Tuesday and across Wednesday the storm will be approaching – or near – the Cook Islands and could bring gales and rain. However modelling is not yet in agreement about the precise tracking of this storm in this area midweek. It may be near the Cook Islands bringing some severe weather, or it may be further to the west bringing dangerous seas but less in the way of problematic. Therefore it’s one to monitor. 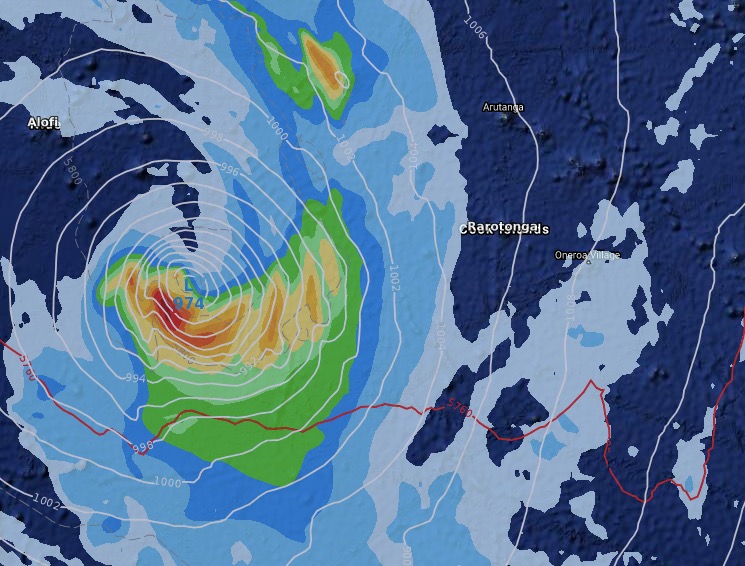 ABOVE: Modelling still isn’t in agreement about how the Cook Islands may be affected by this likely cyclone. The above higher resolution image is TUESDAY NIGHT by ECMWF showing the storm west of the island.
BELOW: But GFS modelling from America is picking a weaker system making more of a direct hit on WEDNESDAY NIGHT. Either way it’s one to monitor and the modelling will likely come into agreement within 24 to 48 hours out. 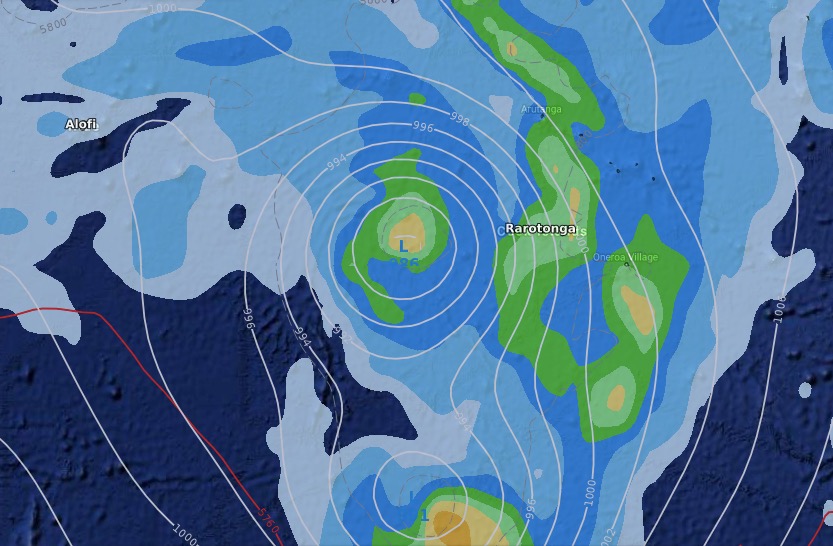 THURSDAY – CLOSEST TO NEW ZEALAND
On Thursday the storm runs into high pressure, which will weaken it and turn it more southwards as it also undergoes the usual transition from tropical cyclone to extra-tropical cyclone.

This will be when it’s likely to be closest to New Zealand. It won’t hit New Zealand and will likely get about 1200 to 1500km east of East Cape. At that distance it won’t have much to any impact weatherwise on New Zealand other than some high cloud and perhaps a slightly breezier easterly wind. However swells and waves at our eastern most beaches will be affected with wave heights and easterly swells around East Cape and Gisborne likely increasing by up to 1 metre. For the Chatham Islands, which will be closer to the ex-cyclone, could see swells increase by up to 2 metres.

REST OF FEBRUARY:
WeatherWatch.co.nz first mentioned the chance of this cyclone developing later in February at the very beginning of the month based on reliable long range modelling we trust. After this storm it may be quieter north of New Zealand cyclone-wise. The highest risk area looks to be around Australia’s Top End or Gulf of Carpentaria.

However tropical downpours north of New Zealand will be active and increasing going into March (when sea surface temperatures are at their highest and we’re peak into the cyclone season). We’ll keep you posted on future possible storms and also any shower chances for drought regions across New Zealand 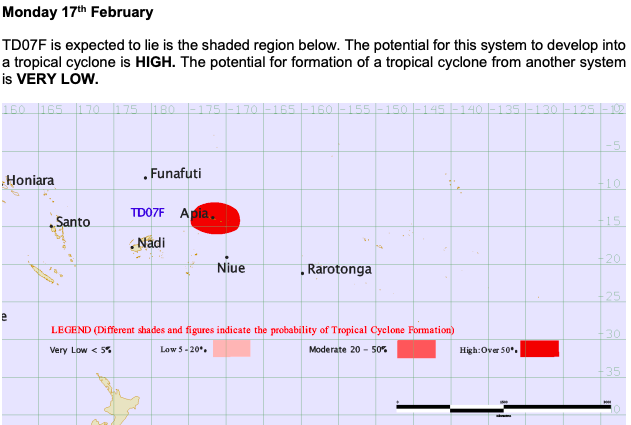 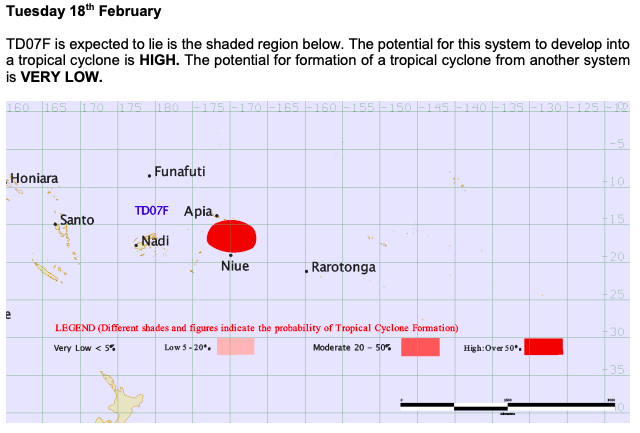 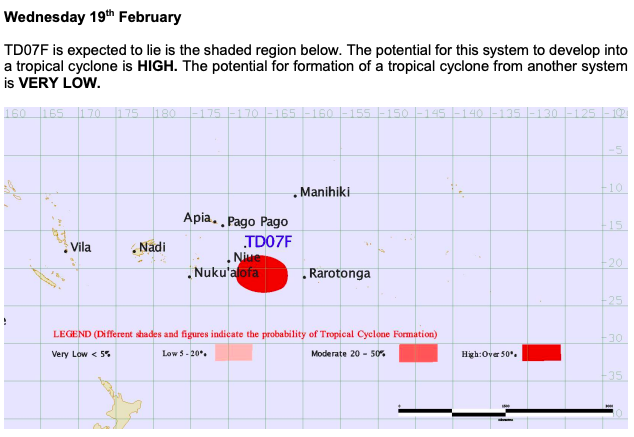