Here’s the regional rainfall from Monday – how much did you record locally? 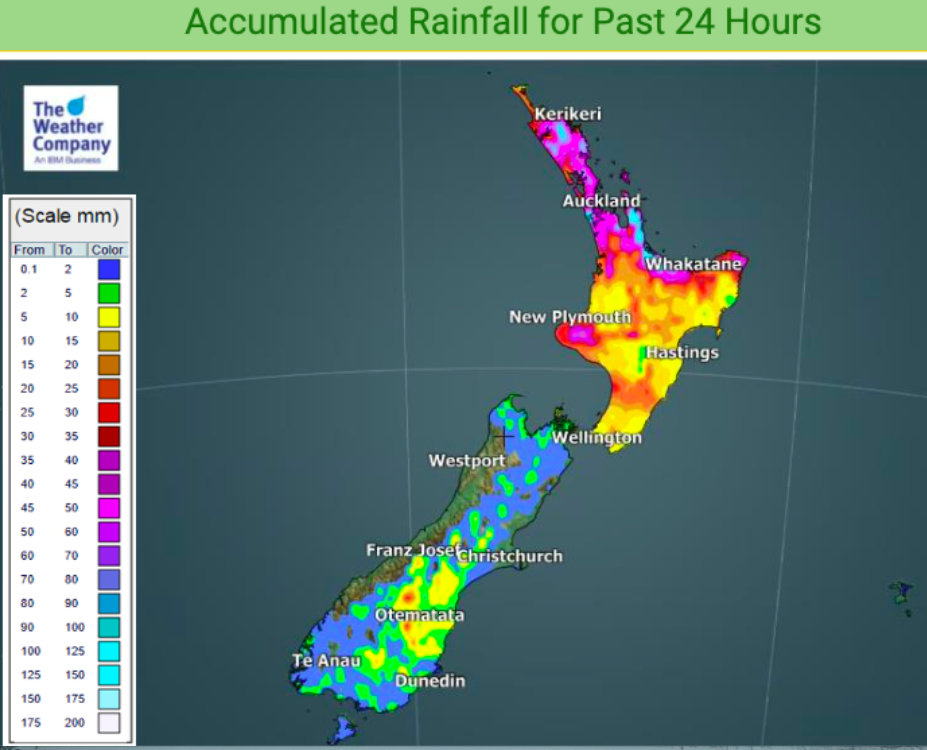 Some healthy rainfall totals across the upper North Island on Monday across parts of Northland, Auckland and Bay of Plenty.

The Far North didn’t get the same totals as those further down into Northland. 10 to 100mm was recorded north of Auckland.

In Auckland itself 30 to 70mm fell for the most part, some hilly areas like the Waitakere Ranges had over 100mm.

Wettest places were on the eastern side of the Coromandel and Kaimai Ranges. Rainfall totals above 80mm were common with totals over 120mm in some spots.

As we approach 8am the centre of the low responsible for this was moving through Waikato and southern Auckland, making for much lighter winds. The rain is pushing across Bay of Plenty, East Cape, Gisborne and into Hawke’s Bay.

The map shows 24 hours rainfall up until 1am Tuesday.

230mm between Waihi and Whiritoa. 4am Monday till 9.30 this morning

Miranda Road Mangatangi we got 55 mills in 29 hours to 8am today.