Home > News > Heavy rain risks this weekend in both ma... 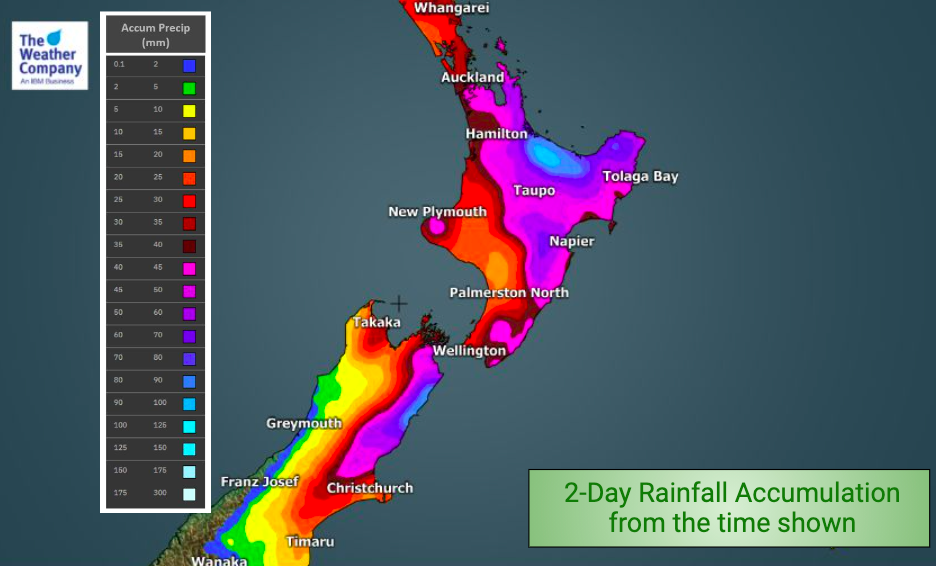 A large Tasman Sea low will tap into moisture-rich sub-tropical air and bring heavy rain in to both the North and South Island this weekend.

Not everyone is exposed to heavy rain but those that are may find it slow moving and set in for a time.

Bay of Plenty is most exposed to the wet, slow moving, northerly flow with rainfall accumulations potentially exceeding 100mm in some locations.

The good news is that rain will also move down the very dry eastern North Island and into southern and central Hawke’s Bay with 30 or 40mm currently forecast (remember, for your hourly and daily LOCAL rainfall totals view your local forecast at either WeatherWatch.co.nz or RuralWeather.co.nz).

The South Island is also exposed to heavy rain and for Canterbury this is the first rain event since the major flooding a few weeks ago near Ashburton. This rain event has considerably lower rainfall totals and the risk zone is further north in North Canterbury and eastern Marlborough (eastern Marlborough perhaps most exposed to any slips and localised flooding). The rainfall totals in North Canterbury are on the cusp of monitoring but the good news is the further south you go the drier it will be.

All rainfall totals in your local area can be found in your Local WeatherWatch.co.nz hourly and daily forecasts – or over at RuralWeather.co.nz.