Heavy rain coming today – we map which regions get the most 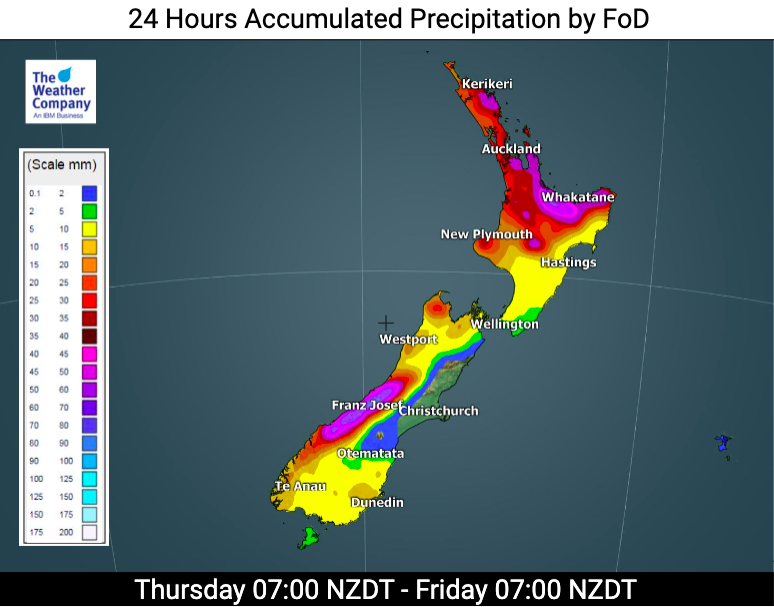 The rain in the north will slowly build this morning and by this afternoon and evening heavy falls are likely to be spreading southwards. Generally estimates show 30 to 50mm for Auckland. But there may be some areas where hills and slow moving rain bands work together to double those rainfall totals – but this will be far more isolated. Aucklanders are still encouraged to conserve water with it unclear just how much the water storage lakes will get. Hopefully one of the bigger boosts of rain in many months though.

After so much dry weather lately – and some areas looking more like it’s January than early November soil moisture-wise – we may see the heavy rain triggering a few slips here and there too in Northland, Auckland, Coromandel or Bay of Plenty.

Bay of Plenty may have the largest totals for the North Island.

In the South Island the cold front moving around coastal Southland and Otago will deliver 10 to 15mm.

The West Coast also has heavy rain today with up to 80 to 100mm possible which could also create some slips and localised flooding.

See our RAINFALL ACCUMULATION maps – you can view them here: www.weatherwatch.co.nz/maps-radars/rain/accumulative-rainfall