Home > News > Hawkes Bay wind farm gets the go ahead...

Hawkes Bay wind farm gets the go ahead 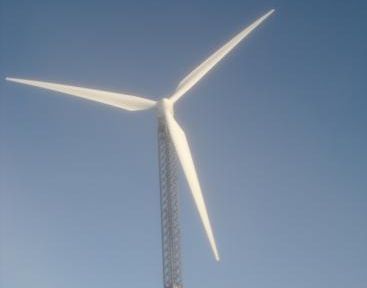 Contact Energy has won approval in the Environment Court for a $500 million wind farm in Hawkes Bay despite opposition from neighbours.

The Waitahora wind farm near Dannevirke will provide enough power to supply 70,000 homes if running at full capacity.

Final conditions have yet to be set for the project, which ran into stiff opposition from locals worried about noise and the visual impact of as many as 58 turbines of up to 125m high or 52 turbines at 150m high.

One farmer told an earlier consent hearing the wind farm would be “a desecration” of the land and he was worried the Waitahora Valley would act as a channel which would only accentuate the noise from construction and operation of the turbines.

Completed wind farms, such as the Meridian Energy project at Makara near Wellington, have angered neighbours who have complained about excessive noise.

Contact Energy said the wind resource on the Puketoi Range was “world-class” and the decision of the court confirmed that the relatively remote site was ideal for a wind farm in nearly every respect.

Contact first applied for consents for the Waitahora wind farm in August 2008 but was knocked back at the original consent stage.

The company said it significantly refined the project to reduce environmental effects and address many of the residents’ concerns by reducing the number of turbines planned.

Another, larger, Contact wind farm proposal on Waikato’s west coast is being considered by a board of inquiry.

The Hauauru ma raki (northwest wind) project has the potential to generate up to 504MW capable of powering 170,000 average homes. Last year the company sought a 12-month adjournment because it needed to conduct more research, geotechnical assessments and surveying work for the project south of Port Waikato.