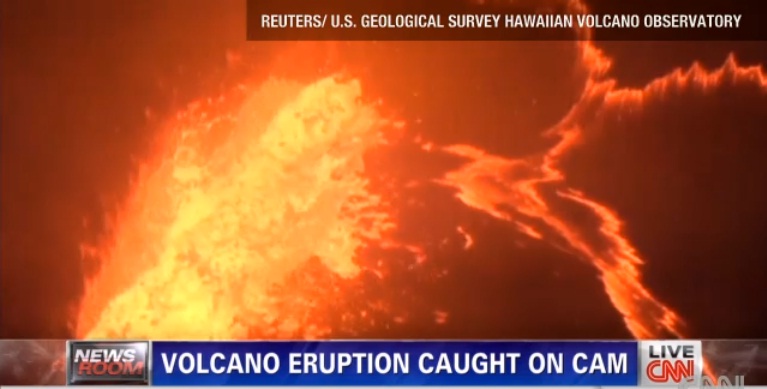 Large round bubbles of lava started splattering on the surface of a lava lake on the Hawaiian island of Kilauea this week.

Early on Thursday, the U.S. Geological Survey (USGS) reported that the lava has risen about 32 feet.

The Kilauea summit last erupted nearly five years ago. According to the USGS, the vent has been active since that March 19, 2008 eruption.

In the years since, the lake has bubbled often, overflowing the inner ledge in October 2012 and again in January 2013.

Check out the spectacular footage below!