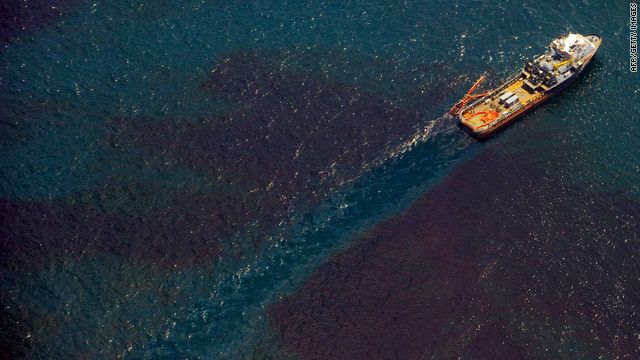 CNN.COM – Nearly six months after an explosion aboard an oil rig sent crude spewing from a BP-owned well deep below the Gulf of Mexico, cleanup work along the Gulf Coast is far from over.

“I envision there will be some areas where cleanup will go on through winter, although there will be others that will close down within a matter of weeks,” Zukunft said.

Shoreline cleanup assessment teams still have yet to analyze 557 miles of oil-impacted beaches and declare them clean. In the meantime, Zukunft said, oil spill response teams will be in place to clean up any residual oil as necessary.

“What we have during this spill, this was 87 consecutive days of a major spill, reoccurring, day in and day out. During that phase, we were in a crisis. Now (crews are) along the traditional lines, dealing with last release of oil and whether that impacted, time-consuming, labor-intensive process,” he said.

Seafood testing continues to be a priority, according to Zukunft. Christine Patrick, a spokesperson for the National Oceanic and Atmospheric Administration Fisheries Service, said out of more than 2,700 seafood samples that went through rigorous sensory and chemical testing, none have come up positive for the presence of oil or dispersants.

“No samples have been taken from opened fishing areas that haven’t passed those tests,” Patrick said.

As for the search for existing oil still within the Gulf of Mexico, NOAA scientist Sam Walker said Wednesday there is an “aggressive program” of work being conducted both offshore, near-shore and within the water to locate hydrocarbons.

Walker said more than 31,000 samples have been tested and are in the process of being analyzed for evidence of dispersants or oil contamination, and that the results should be released in the next few weeks.

Although it’s been nearly three months since oil has last been released into the Gulf, Zukunft said the effects of the disaster remain substantial.

“If you look at what a traditional oil spill has been, you know this is anything but that,” he said. “What’s different about this is now we have oil that’s in a very deep water column.”

Zukunft said even though the highest concentrations of oil detected in the water column is in the parts per billion, the Gulf of Mexico seafood industry is suffering from an unfair stigma attached to its product.

“As I’ve said, and will continue to say time and again, it is the most sampled seafood anywhere on the face of the earth,” the rear admiral said.

“The science, and I’ve seen it on a first-hand basis, is thorough, it’s comprehensive, and so those are some of the hardships that the Gulf of Mexico residents are trying to recover from right now, especially those who make their livelihood harvesting seafood, and then dealing with the image of that.”