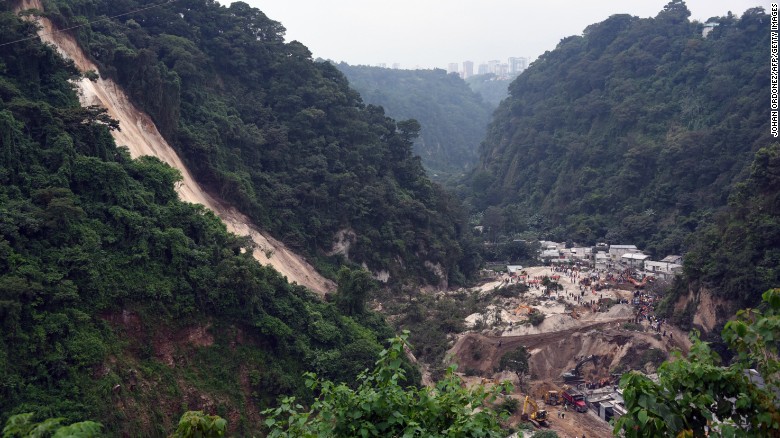 At least 26 people are dead and many more are missing after a massive landslide covered much of a town in Guatemala.

The rain-soaked side of a hill crashed down onto El Cambray, burying dozens of homes, said National Coordinator for Disaster Reduction, Alejandro Maldonado.

Dozens of rescue workers and volunteers searched all day Friday in the mud and debris for survivors and victims.

“The figure we are using as potentially missing — and I want to emphasize that this is an estimate — is of 600 people missing,” Maldonado said. Many people in El Cambray did not heed a warning to evacuate, he said.

El Cambray is located about 10 miles east of Guatemala City.