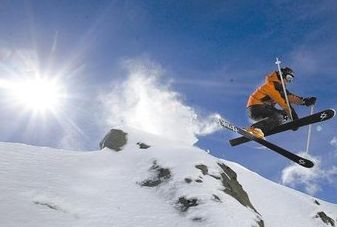 The unusual snow blast that swept across the country last week blanketed ski mountains with fresh powder making Saturday the busiest day of the season.

But it also saw two airborne rescues racing against nightfall on Taranaki and Ruapehu.

A police spokesman said two skiers were brought out by helicopter after skiing outside the designated area at Turoa. He said another helicopter rescue came after a tramper on Turoa called for help after “misjudging the conditions”.

Mt Ruapehu marketing co-ordinator Lacey Dandy said 12,000 people flocked to Whakapapa and Turoa to make the most of the 80cm fall, the largest snow fall since 2008.

“I’ve had people telling me it’s the best snow they have seen in 20 years,” Dandy said.

“It’s amazing and dry, it almost feels like North American snow which is fantastic for here, we love it.”

Mt Ruapehu also had the deepest snow base in the country: Turoa had 298cm and Whakapapa 182cm.

Auckland snowboarder Shane Golding said the atmosphere on Whakapapa was buzzing and people were keen to stick around for the apres ski.

He said the traffic on the way to the mountain was backed up to Ohakune as people tried to secure a spot on the slopes.

“The guy on the chairlifts said there was a massive line of cars but it seemed busier on the weekends of the school holidays.”

“We had a late start with low snow and with what we have had in the region it’s been a tough run. Then the ash cloud was thrown in so it’s been a tough season. This has been a welcome relief for many people,” Wilson said.

WeatherWatch.co.nz says ski conditions in both islands this week looks fantastic with blue skies and light winds the forecast for most places.  Check your ski field website for the most up to date information.

I am in Dunedin. I have noticed the cyclic patterns of snow storms on the occassions that we do get them. As this was such an intense polar blast, what are the chances of another one, even if it is less intense, coming through again before winter is done?

According to this link from the metservice, Temple Basin (near Arthurs Pass) has a snow base of 446cm on it’s upper slopes.  Therefore, the fields on Mt Ruapehu do not have the deepest snow base in the country.

Because Temple Basin sits on the main divide, it gets most of its snow from the west, not the south.  Therefore it was practically buried under non stop snow in the 10 day storm in early July, which largely came in from the westerly direction

Similarly, Manganui on Mt Taranaki has a whopping base of 500cm on it’s upper slopes.

Apart from this minor inaccuracy, the article above is excellent.