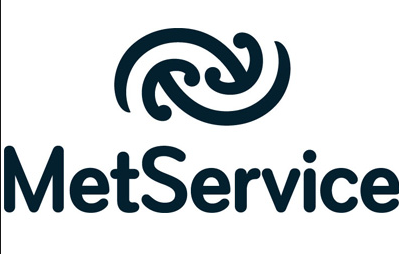 Minister Peter Dunne has asked state-owned and tax funded forecaster MetService why they issued a heavy rain warning back in March after the Coromandel town of Whitianga was cut off from flooding.

In a long worded several page piece of puffery out of MetService that justifies why they got it wrong, the end result is that the Government Minister, Craig Foss, says, “I am satisfied the MetService handled these particular events appropriately”.

MetService also failed to adequately warn of the Franz Josef flood event this year, the Whanganui floods last year, and numerous other severe weather events in previous years. The state forecaster has also aggressively publicly said “only MetService meteorologists have the skills to interpret weather data” and have actively limited publicly owned data to boost their own power – despite failing repeatedly to live up to accurate warnings.

Ministers across all parties are now actively interested in this issue – especially after recently MetService CEO Peter Lennox rubbished the other state forecaster, NIWA, by calling them “amateurs” at a Select Committee meeting where their Cyclone Winston forecasts were discussed. Both NIWA and MetService got their Cyclone Winston forecasts wrong for New Zealand – but MetService’s CEO failed to try and blame the private sector for their failure.

New Zealand tax payers fund NIWA and MetService to the tune of $140 million dollars a year – and the Govt currently does not measure, or care, about their accuracy – which is remarkable given the investment into two separate agencies (who aggressively compete against each other, using your funding).

WeatherWatch.co.nz is an entirely independent and free weather service for New Zealanders. We were the only forecaster live updating when Whitianga was cut off from flood waters – before MetService even issued a warning.

How do you find out what was said or discussed at these comittees? Did you attend and if so how do you register?

Hi there Pat, thanks for the question. MP Clare Curran of Labour asked questions and provided us with the audio once it was public. We never attended.

I can’t give Metservice the time of day anymore for their weather forecasting and if they’ve got 100 meterologists why does it take them until around 11.30am every morning to tell people what the weather is going to be like for the day when 1/2 the day is already gone.  They allegedly update it late at night or first thing in the morning but all they’ve done is repeat what it was at 5pm the previous day – no intelligence has been given to those forecasts.  They don’t provide a detailed enough forecast – all they’ll have is eg “strong northerlies” when in actual fact they’re only strong in the evening or during a part of a day.  A couple of weeks ago they had a weather watch for severe gales which they issued at 9am and said the watch was until midday.  What is the purpose of that – if you don’t have any idea what the weather is going to be like for the next 3 hours then why bother given 6 day forecasts – they appear to be a guess at best.  They get slightly more detailed for the actual day at the next day – beyond that they’re incapable of providing anything that is remotely accurate.  I agree as a state owned broadcaster who has taxpayer money pumped into it they have to be held accountable and do a far better job than they’re doing and this insistence on keeping the information to themselves is complete rubbish.   I actually look at the weather maps that you kindly provide here and get a much better idea of what the weather is going to like

There’s a very very big difference between a small private free operator that doesn’t have to provide any warnings at all and the State run Forecaster that has 100 meteorologists and is funded with issuing warnings specifically – and that same state forecaster blocks the use of data unlike any other in the entire western world which means they must be even more accurate if they are limiting competition.  Aiming and asking for better with the use of tax dollars is very important and as a weather news outlet it’s our role to hold them accountable, especially when a Government Minister has asked a serious question that deserves to be asked.

I think you will find that MetService only get a fraction of the $140M funding.

We’re asking why NZers spend so many millions on both NIWA and MS, where that money goes, and what the taxpayers get back for it. If it’s science and research – great! If it’s to be used in an anticompettive way to stop private sector growth – then the very least we can do is ask why?

Sod MetService and their beligerence, they have a lot of humble pie to eat. We’ve been hit by temp well below zero, sleet blastings, snow, been flooded and commonly get winds in excess of 160 km/h, yet we never ever get warned. It is all confirmed stuff, but we never get acknowledged and that very much irks me. Tornadoes and mesocyclones, well we’ve seen years of that too, and they have never been picked up until I raised the alarm. Ice storms, yep they were ignored too while we froze our butts off with high wind and ice falls. Doppler in this area was ignored. The MetService claim to correct forcasting for snow did not include us. Their stat’s for correct forecasting are all crap. We were simply ignored like we did not exist and that occurred out of shear greed. NIWA and MetVUW’s answer to that was to get rid of us as a community. NIWA’s CEO needs to be given the push. MetService’s CEO does as well, but he is 100% correct right though about NIWA being amateurs, the way they treat people is downright disgusting and there should be a Board of Inquiry called into what is going on in Wellington as to what has happened and how they’ve treated people on the Kapiti Coast. NIWA Climate are insipid people, the types that we can all do without.  I’ve always followed WeatherWatch for Cyclones and very severe Cyclonic force Westerlies, as you to date have been the only correct forecaster and you warn us well in advance of the event. We get 180km/h+ winds off cyclones, as we get nothing but the upper winds, with lower winds being unknown here. When we were hit by severe floods with 200mm rain last year, it was Phil’s forecast that alerted the Kapiti Coast to that possibility, re rain about to be funelled into us from the Westerly. Without WeatherWatch we would’ve been totally alone through the terrible 2013 events and I thank you for being there for people Phil, when wind so severe as to be damaging and frightening.