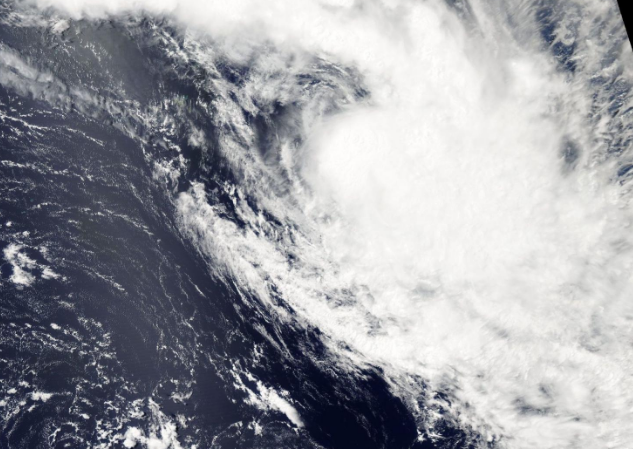 From Antananarivo to Darwin to Suva, an odd tranquility has filled the heart of the Southern Hemisphereâ€™s tropical cyclone season. In a turn of events thatâ€™s mystified even the experts, hurricane-strength cyclones have been virtually absent since July from the entire Indian Ocean and Pacific Ocean south of the equator. (Tropical cyclones are quite rare over the Atlantic Ocean south of the equator, though they do occur.)

In much the same way as the Northern Hemisphere hurricane and typhoon seasons normally hit a peak in late summer, the Southern Hemisphereâ€™s cyclone season is usually reaching a crescendo by late February. This year, itâ€™s been more like crickets than a crescendo. Total accumulated cyclone energy (ACE) across the Southern Hemisphere since July 1 was just 14% of average as of February 26, according to Dr. Phil Klotzbach (Colorado State University). â€œThe S. Hemisphere still hasn’t gotten the memo that their hurricane season is well underway,â€ tweeted Klotzbach on Sunday.

Figure 1. Tropical cyclone activity for the Southern Hemisphere during the period July 1, 2016, to February 27, 2017. Shown in parentheses is the climatological activity one would expect from July 1 to Feb. 27, based on statistics for the period 1981 through 2010. Image credit: Phil Klotzbach, Colorado State University.

A well-distributed quiet spell
One of the most striking aspects of this quiet southern season is how extensive it is. In the Northern Hemisphere, El NiÃ±o or La NiÃ±a will favor rising motion in one basin and sinking motion in another. This tends to make the North Atlantic active while the Northeast Pacific is less so, and vice versa. There hasnâ€™t been any such trade-off across the Southern Hemisphere in recent months: itâ€™s been calmer than usual across the board. The South Pacific east of longitude 135Â°E has been especially tranquil, with only 2.25 named storm days since last July as opposed to an average of 26.2 named storm days by this point. There may still be time for the Southwest Pacific to catch up: the latter half of the season tends to be especially active over this region, as noted in this extensive climatology of the regionâ€™s tropical cyclones, published in 2013 in the Journal of Climate.

Another factor in play: the large-scale rising motion needed for sustained tropical cyclone action has been in the wrong places. Over the last three months, the strongest areas of rising motion across the southern tropics and subtropics have been located over land–across southern Africa and western Australia. Meanwhile, downward motion at these latitudes has predominated across the South Indian and Southwest Pacific Oceans (see Figure 2), where most of the hemisphereâ€™s tropical cyclones develop. â€œA good way to kill a tropical cyclone season is to have upward motion over land!â€ noted Klotzbach in an email.

Figure 2. Departures from average in long-wave radiation averaged over the three-month period from Nov. 29, 2016, through Feb. 26, 2017. OLR anomalies show where high, cold clouds associated with thunderstorms are most prevalent. Areas in blue denote correspond with frequent thunderstorms and rising motion; orange is correlated with calmer weather and sinking motion. Many of the areas where tropical cyclones tend to form in the Southern Hemisphere have been dominated by sinking air over the past three months. Image credit: NOAA/ESRL/PSD Map Room

Figure 3. In a typical Southern Hemisphere cyclone season (black trace), more than half of the total accumulated cyclone energy (ACE) for the July-through-June period has already been racked up by February 26. This season (blue trace) has mustered less than 10% of the final seasonal total, or only about 14% of the season-to-date average. Image credit: Phil Klotzbach, @philklotzbach.

The only Southern Hemisphere storm to make landfall thus far in 2017 has been Tropical Cyclone Dineo, which hit southern Mozambique on February 15 as a Category 1 storm with 80 mph winds. At least seven people were killed and over 20,000 homes were destroyed. Dineo dumped approximately 4 – 8 inches of rain along its path, and caused widespread flooding in Zimbabwe. Hurricane-force tropical cyclones are not that common in Mozambique; since 1990, there have been nine cyclones of Category 1 or higher intensity (including Dineo) to hit, with February and March being the most common months for landfall. The strongest cyclone in Mozambique history was Category 4 Tropical Cyclone Eline, which hit the country on February 22, 2000. The most recent hurricane-force storm was on March 11, 2008–Category 3 Tropical Cyclone Jokwe.

Plenty of water in Australia, despite no landfalling cyclones
This is the first year in modern records that Australia has made it from July all the way to the beginning of March without at least one tropical cyclone making landfall. The previous record was held by Tropical Cyclone Charlie, Australiaâ€™s first landfall of the 1987-88 season. Charlie came ashore on Feb. 29, 1988, just southeast of Townsville. Official records date back to 1969-70, and it appears that Australia has seen at least one landfall in every year since 1945. Only last week, Tropical Cyclone Alfred developed in the Gulf of Carpentaria just off Australiaâ€™s northern coast on Feb. 19, but it quickly dissipated to a remnant low.

â€œThere are several theories we are wanting to test as to why this season has been so benign,â€ said Andrew Watkins (Australia Bureau of Meteorology) in an email. â€œEspecially given that we started with warm waters around Australia and weak cool conditions [La NiÃ±a] in the tropical Pacific, that should have pushed us toward an average to above-average tropical cyclone season. We are all intrigued by this one.â€

In spite of tropical cyclones having gone missing, thereâ€™s been significant flooding across Australia over the last several months, consistent with the upward motion over the continent indicated in Figure 2. The monsoonal trough that normally sits offshore has moved onto land at times, and at least two large but weak â€œlandphoonâ€-type systems have tracked into the continent, bringing light winds but extremely heavy rain. One of these systems tracked southward through interior Western Australia in late December. The resulting floods triggered the closure of the iconic, typically bone-dry Uluá¹Ÿu-Kata Tjuá¹¯a National Park on Christmas Day (see image at bottom) and contributed to record monthly rains of 14.7â€ at the town of Kintore, most of it falling in just two days (see this BOM report). Several outback locations notched all-time records for precipitable water (the amount of moisture in a column above the surface) and monthly records for daily rainfall.

– Image / Cyclone Bart in February near the Cook Islands… for less than a day it was the lowest level category cyclone. There have been no other cyclones this season in our part of the world. Image via NASA