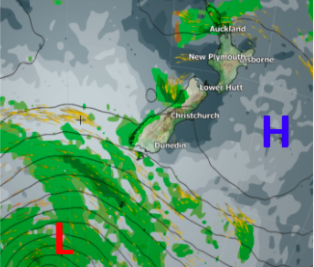 Ex-Cyclone Fehi affected many areas in New Zealand with heavy downpours, damaging winds, flooding, waterways contamination, evacuations, highway closures and flight cancellations. Not all regions got soaking rain though – so the forecast of more sub-tropical weather next week could be positive news for those areas.
Although Fehi has gone, the leftovers remain so a few downpours will hug the western coastline and end up around the Auckland region on Saturday and Sunday.
On Saturday, high pressure begins to cover the country and there will be strong winds again in some areas.
An Antarctic trough is approaching New Zealand on Sunday with another cold change reaching the South Island and downpours in the north. Before this cold change arrives the westerlies ahead of it could be warm – helping warm the South Island up after a colder end to this week. By Monday it will be colder again for another day or two with another chance of a dusting of snow on the ranges, like we saw this morning around Queenstown and Wanaka.
Next week sees high pressure return to the South Island but tropical rain returns to the north from another tropical low (not a storm at this stage but a rain event). There may, however, be another tropical storm later next week north of New Zealand – one to keep an eye on as the tropics get busy. 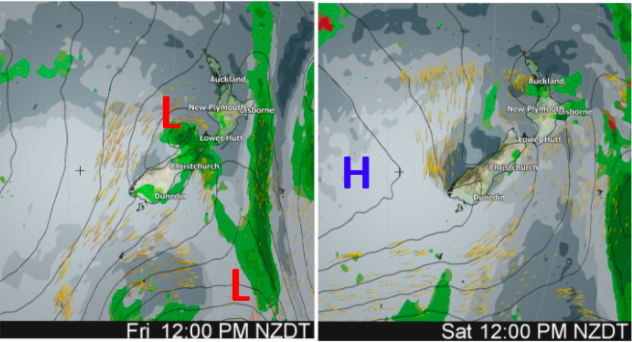 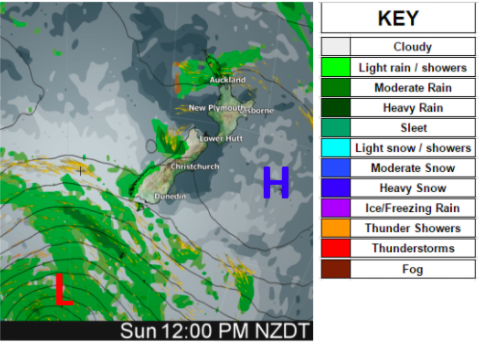 – Maps by The Weather Company
– WeatherWatch.co.nz

The tropics sure have become very active along the monsoon. The next 2 weeks at least will be pretty interesting with a lot of easterlies.

We seem to be going through a period where the highs are running through the South Island which opens the door to anything from the north.